Simplified Wave Analysis. Overview of AUD / USD for the week of March 7

Over the past year, the downstream exchange rate has remained the main focus of the Aussie price movement. The wave structure indicates that the oncoming traffic of the last months will take the place of correction.

The rise in prices that began on January 3 has a high enough potential to continue. The February price decline corrects the first phase of the bull wave. The price has reached strong support. 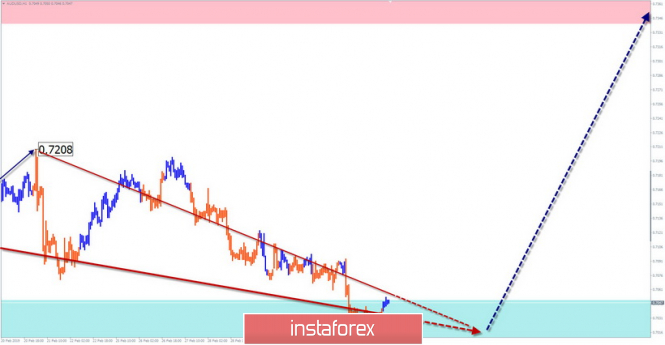 Preparations for the price breakout of the flat corridor of recent months are almost complete. Signal immediate reversal on the chart has not yet formed. Supporters of the international trade style are advised to track opportunities to enter long positions.

The material has been provided by InstaForex Company - www.instaforex.com
Simplified Wave Analysis. Overview of AUD / USD for the week of March 7