Simplified Wave Analysis. Overview of USD / CHF for the week of March 12

Since February of last year, the quotations of the major Swiss franc form an upward wave model. The structure of the wave enters the final phase.

Since January 10, the chart traces a distinct ascending zigzag. The final leg counts from the end of last month. Before further rise expected a corrective pullback. 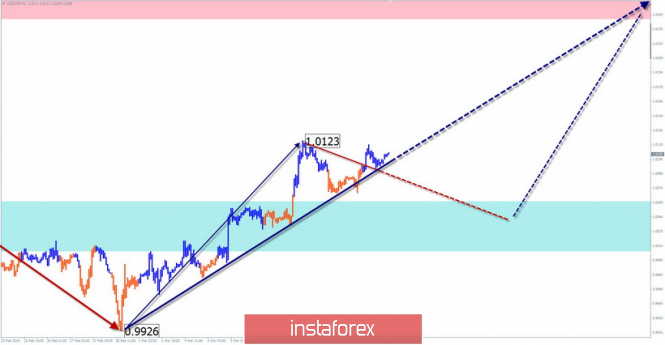 In the coming weeks, the growth phase of the pair is expected, i.e. weakening of the franc relative to the North American currency. The upcoming decrease in traders can use to enter or enhance purchases of pairs in the most favorable conditions.

The material has been provided by InstaForex Company - www.instaforex.com
Simplified Wave Analysis. Overview of USD / CHF for the week of March 12