Simplified Wave Analysis. Overview of Silver for the week of March 14

In the main downward wave of the instrument since April of last year, the oncoming wave of correction has been developing. Wave analysis indicates the formation of the middle part (B).

The bearish wave of January 4th develops as a stretched plane. The wave has a complete structure. The ascending segment of March 7 has a high wave level and may become the first part of the reversal pattern. 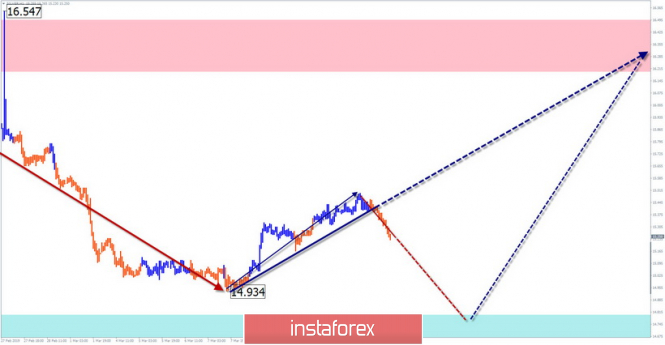 The downward trend of recent weeks may be replaced by the growth rate of the course in the current month. Potential turn down almost exhausted. Traders are advised to change the vector of trading operations and start tracking reversal signals to search for entry into "long" deals.

The material has been provided by InstaForex Company - www.instaforex.com
Simplified Wave Analysis. Overview of Silver for the week of March 14