The deal failed, but the pound is growing: what caused the optimism of the Briton?

Despite the disastrous Brexit voting, the pound in tandem with the dollar was kept within the 30th figure and actually ignored the decision of the British parliament. Although yesterday morning, the British stormed the multi-week price highs, amid renewed hopes for approval of the deal. Alas, the miracle did not happen: 391 deputies voted against the draft of the transaction, while only 242 parliamentarians said "yes". A gap of 149 votes is a significant blow to the positions of the current government, which testifies to the persistence of opposition sentiments among the deputies of the Conservative Party. And although, May was able to "win over" 40 conservatives, 75 of their colleagues did not change their opinion and voted against the agreement. 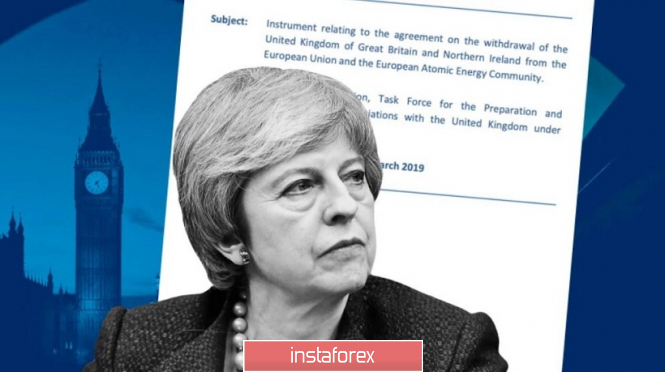 The British currency was ready for such a decision - ghostly hopes for approval of the deal, which appeared just before the vote, and was dispelled by the Attorney General of Britain. He voiced negative legal assessments regarding the changes proposed by Brussels. Jeffrey Cox warned cabinet ministers and deputies that certain risks still remained in the country, since London would not have the legal leverage to get out of the back-stop. If these conditions are accepted, Britain will have only one way in which the country can exit (or rather, try to exit) from the back-stop mechanism - this is the Arbitration Court which in turn is governed by EU legislation. The Prosecutor General also stressed that the British would not be able to unilaterally abandon this mechanism.

After such comments, the deal was refused to be supported by representatives of unionists (situational allies of the conservatives occupy majority positions in parliament) including many conservatives. The result of the vote was predetermined. Therefore, the pound actually remained in the same values later in the evening, in the range of 1.3040-1.3070. Moreover, today the pound is even making attempts for recovery, approaching the 31st figure. What is the reason for such "stress resistance" of the British currency?

In my opinion, the market is gradually increasing the likelihood of a second referendum, which will save the country within the EU. And although this scenario now looks unlikely, it is quite viable, given the rhetoric of representatives of the European Union. I recall that the head of the European Commission, Junker, voicing his last proposals to London. He stressed that there would be no "one more chance" for the British - the postponement of Brexit will not solve anything essentially, since Europe will not make more significant concessions.

If we take into account the possibility that London categorically does not accept the implementation of "hard" Brexit, then there are two options - either the parliament will initiate a new referendum, or ask Brussels to postpone the exit from the Alliance for a more substantial period at least for a year. By the way, according to the information of European journalists, the European Union is really considering such a scenario: According to the developed plan, the country of Albion will remain in the European Union until 2020 or 2021 by prolonging the 50th article of the Lisbon Treaty.

According to the press reports, Europe is developing this option in case after the postponement of Brexit and until the beginning of summer, the parties are not able to find a compromise. A broader time frame is needed for the next (or extraordinary) parliamentary elections to take place in Britain. Brussels negotiated new terms of the deal with the new government, which in turn was appointed by the new parliament. Journalists gave assurance that this plan is already being discussed in Europe "at the highest level." 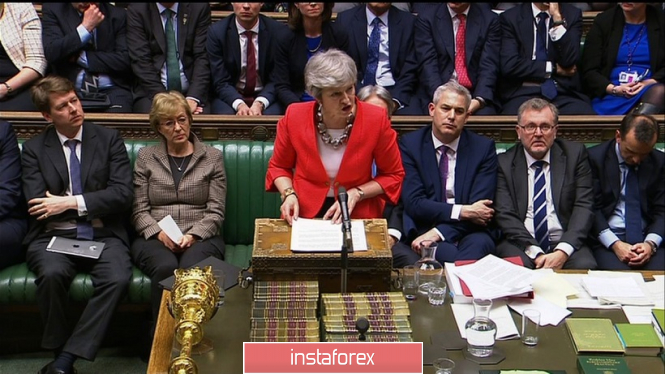 Here, it is worth noting that the issue on the extension of the 50th article of the Treaty of Lisbon must be initiated directly by London. And this fact can be considered a serious flaw in the above scenario, since de facto on such decision will go against the results of the 2016 referendum. Therefore, the likelihood of a repeated plebiscite cannot be dismissed, despite the legal difficulty of implementing this option. Laborists are lobbying this idea again, so there is a certain basis in parliament for making the appropriate decision. If they are supported by the "opposition group" of conservatives, then the question of the new referendum will take real shape.

A few weeks ago, Teresa May warned that if Parliament passes the Brexit, then it may simply not take place. She voiced this thesis on the eve of yesterday's vote, thereby pushing deputies to approve the proposed deal. Now, these words already sound in a somewhat different context: the parliament will most likely vote on Thursday for postponing the "X hour", which means that the likelihood of the cancellation of Brexit as such will increase in many ways. The pound responds positively to such prospects, spurred also by the growth of the British economy in January to 0.5%.

The material has been provided by InstaForex Company - www.instaforex.com
but the pound is growing: what caused the optimism of the Briton? The deal failed