The uncertainty factor will continue to lead the markets

The situation in the world markets is still far from understanding the further prospects for its development. On the one hand, the markets hope that the current slowdown in the growth of the Chinese and American economies and the first signs of a recession in Europe are generated by the problems of trade wars and are temporary phenomena. On the other hand, there is an understanding that this may be the real beginning of a new economic crisis.

In our opinion, the current situation is very noticeably different from what it was before. The best example was when the biggest economic crisis after the Second World War broke out 10 years ago. Previously, for example, in the second half of the twentieth century, the US economy came out of the crisis, as they say, in a natural way without the help of the state, which has not engaged in direct financing of the local stock market, and only to carry out adjustment by raising or lowering interest rates and tax levels. In 2009, an unprecedented decision was made to provide incentives through state support. We are talking about the notorious programs of quantitative easing, which were also adopted in a number of other economically developed countries, for example, in Britain, and in the euro area.

These measures led to a strong increase in US public debt and made the dynamics of the local stock market completely dependent on the Fed's liquidity inflows. In fact, there is now an unusual picture. The growth of the stock market is entirely dependent on the Fed. The situation at the end of last year confirmed this. When the Fed decided to raise interest rates in December and predicted two more increases this year, the local financial market collapsed, forcing the regulator to actually return to its previous practice, which can be described as an effect of when the tail wags the dog. One can say that the Fed policy has made it completely dependent on the situation in the markets, which is abnormal and will eventually end in a full-scale collapse of the local financial system with all the ensuing problems for the global economy. In the meantime, markets are hoping for help from the Fed, which, in fact, is the third important factor supporting the demand for risky assets.

Observing what is happening, we note that while the above three factors affect the markets, which are currently burdened with Brexit's full-scale problem, most likely, a high degree of volatility will be observed in financial markets. In the foreign exchange market, there will be a general lateral dynamics, generated by a high degree of uncertainty.

The pair EURUSD is holding above 1.1250. Investors are awaiting new economic statistics and news on Brexit, which expires on March 29. If Parliament adopts T. May's plan, it can support the pair, and it will grow to 1.1285. If this does not happen, it can continue falling to 1.1215, and then 1.1175. 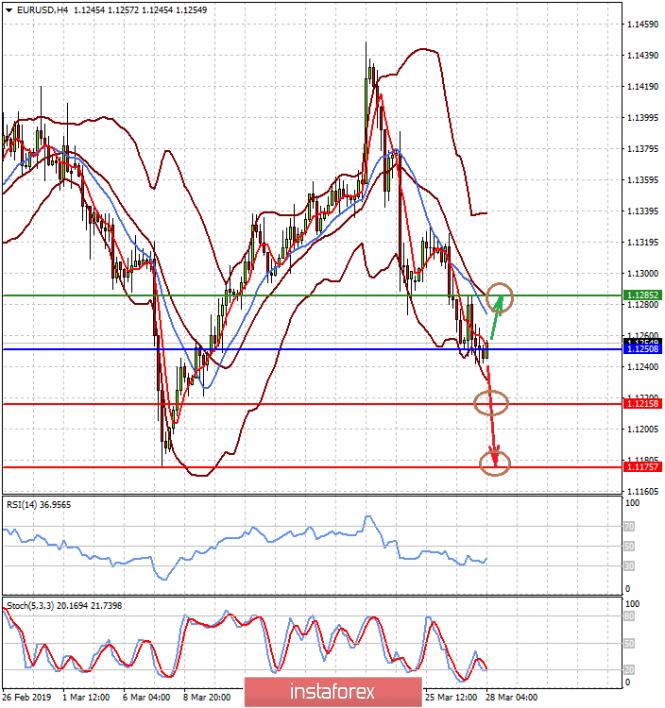 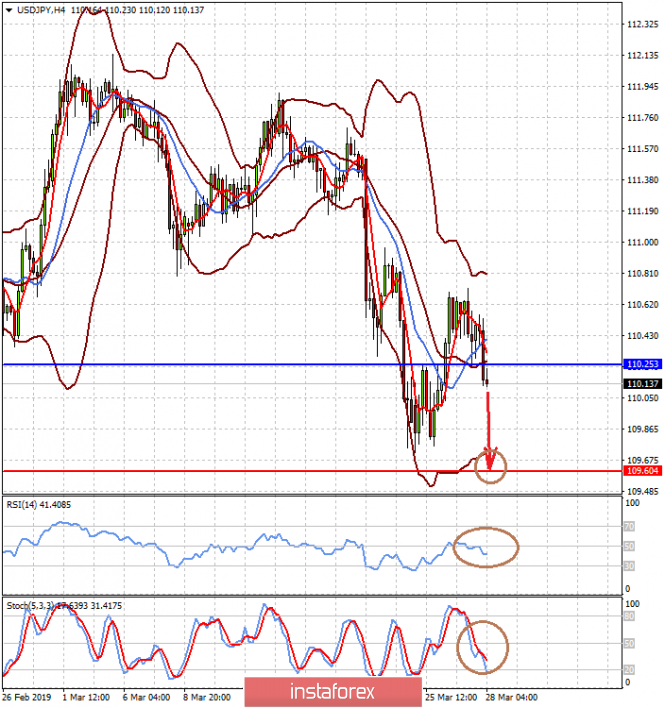 The material has been provided by InstaForex Company - www.instaforex.com
The uncertainty factor will continue to lead the markets