The world is preparing for a new economic crisis

At the moment, none of the major central banks are preparing to raise interest rates, the threat of a recession will contribute to a fall in market rates.

The change in the central banks' position to a more dovish stance caused the stock markets' growth, but this growth is less and less supported by fundamental factors. One of the main risk factors is the high growth rate of average wages, combined with a clear slowdown in the industrial sector and cross-border trade.

The decline in production will lead to the stock market's decline and the flow of assets into bonds, which, in turn, will further reduce profitability. 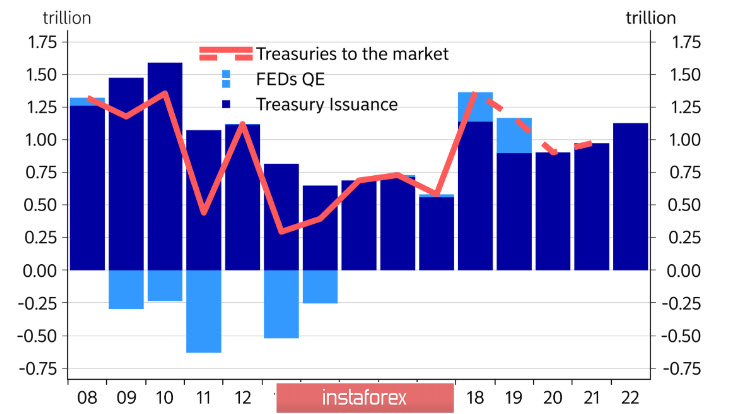 There will be a new currency configuration by September. The ECB will begin to repurchase assets, offering loans on more favorable terms, the Fed will complete a reduction in the balance sheet; in China, growth rates are more likely to decline. The Fed needs conditions for stable growth in consumer spending, which can only be realized in a strong dollar. Under these conditions, the Fed is forced to maintain a strong dollar policy, which gives it an advantage against competitors in the medium and long term.

Conflicting information continues to emerge in the eurozone. After the publication of the failed PMI data on Friday, which clearly indicate a recession, the Ifo index informs investors about a completely different picture. The business climate index rose from 98.7 to 99.6 points in March, companies are more optimistic about business in the next six months, and even improved their assessment of the current situation.

Markit and Ifo use the same sample of respondents for analysis (Ifo uses a wider sample), but gets opposite results. This happens very rarely and may indicate the presence of some factor that is not yet taken into account by existing research methods and is not fully recognized by the markets.

We have one clue - to a large extent, the growth of Ifo indices is due to the positive dynamics in the service sector, while in the manufacturing sector, expectations continue to deteriorate. Nevertheless, results of the research suggest that the ECB will not switch to panic mode just yet and has the ability to simply monitor the situation without the need for modifications. This is definitely a positive signal for the euro.

On Thursday, the European Commission will present its version of the development of consumer sentiment and the business climate, and by the end of the week there will be a block of information on the German economy, including preliminary data on consumer inflation and retail sales.

Technically, the euro is in a downward channel, an attempt to leave it up on March 20 ended in failure. The threat of a recession in the US is still less significant for investors than the ECB's TLTRO3 launch program, the details of which will be known by June.

The EURUSD is under pressure, quotes may decline to a support of 1.1175.

Today, the British Parliament will hold a vote on different scenarios out of the situation in which the country found itself in following unsuccessful attempts to find a Brexit scenario that suits everyone. Most likely, the Parliament will consider all possible scenarios, which include both holding a repeated referendum and a withdrawal from the EU without an agreement, since Britain must be determined as soon as possible.

The EU has proposed two main scenarios. If Parliament votes for Brexit, then formally the procedure should be agreed before May 22. If the agreement is still rejected, the exit from the EU will be initiated on April 12.

The pound's reaction to two variants of the development of events can be just the opposite, and therefore, before the announcement of the voting results, GBPUSD will continue trading in the range. The negative scenario will pull down the pound to a support of 1.2960 and further to 1.2770, a positive one will provide an opportunity to issue a break above the resistance of 1.3380.

The material has been provided by InstaForex Company - www.instaforex.com
The world is preparing for a new economic crisis