On the situation with Brexit: Key events postponed to March 12-13. On March 12, British Prime Minister Theresa May will vote on an agreement with the EU. If the agreement fails, the issue of Britain's withdrawal from the EU without an agreement will be put to a vote on March 13, and what everyone is waiting for is a question of postponing Britain's withdrawal from the EU to a later time.

There is information that Prime Minister May is trying to "buy" the missing votes - by offering to send additional funding of 1.6 billion pounds to poor regions.

There is information that the negotiations on trade between the US and China have made progress and the United States can cancel the high duties it imposed against China.

The main event for the EURUSD rate is the ECB's decision on monetary policy on Thursday. The position of the ECB and Draghi has so far been very tough in its over-softness - no talk of a rate hike. But if this position changes - the euro's behavior can change dramatically.

In the week - the report of the Fed "Beige Book" on Wednesday evening; US employment reports on Wednesday (ADP) and on Friday (NonFarm) 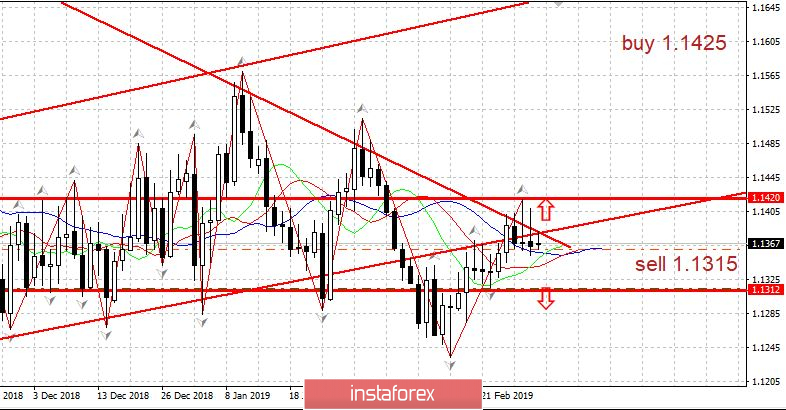 The material has been provided by InstaForex Company - www.instaforex.com
Trading Plan 03/04/2019