The Fed's decision to halt the rate hike gave a clear boost to the market against the dollar.

However, unexpectedly, the Brexit theme returned to the market - and everything is confusing again.

Prime Minister Theresa May received a delay until April for new attempts to hold an agreement with the EU through Parliament - and now the release date for Britain is May 25.

Thus, the Brexit theme will be in a fever in the market until Thursday for sure.

We are ready to join the euro's trend if it starts 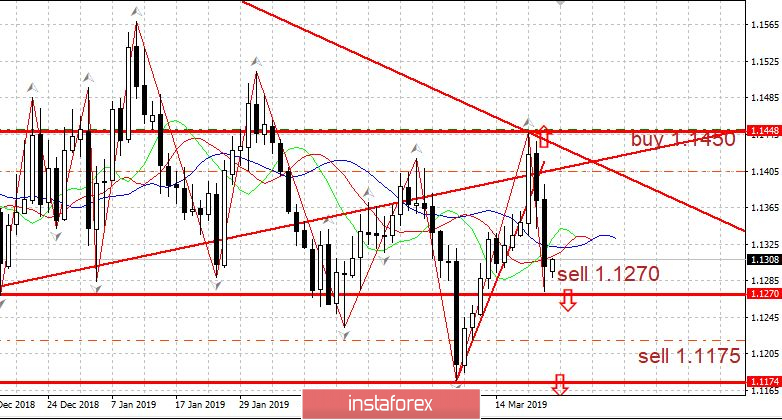 The material has been provided by InstaForex Company - www.instaforex.com
Trading Plan 03/25/2019