Yesterday, standing still, albeit with slight fluctuations up and down, essentially confirms the idea that the dollar's strengthening on Tuesday was a preparation for today's meeting of the board of the European Central Bank on monetary policy. After all, even the ADP data on employment, which showed an increase by 183 thousand instead of 189 thousand, against 300 thousand in the previous month, did not have any particular effect.

Today, in addition to the European Central Bank meeting, as well as the subsequent press conference of Mario Draghi, which are in the spotlight, a number of macroeconomic data are also published. Of course, they will not have any impact on the market, but they should never be forgotten. In particular, in the UK, according to Halifax, the growth rate of housing prices can accelerate from 0.8% to 1.0%. In the United States, data will be released on applications for unemployment benefits, the number of which should decrease by 30 thousand, and only due to repeated applications. The number of initial bids may remain unchanged. In Europe, the final data on GDP for the fourth quarter will be released, and the funny thing is that now there are attempts to explain what happened on Tuesday by rumors that the ECB will lower its forecast for economic growth and inflation. But even preliminary GDP data showed a slowdown in economic growth from 1.6% to 1.2%, and the final data will almost certainly confirm them. That is, the slowdown in the economy is not something new and unexpected, since this has been known for a long time. Apparently, Mario Draghi will only express concern with this fact and mention the need to be careful and watch what is happening carefully. In other words, the head of the European Central Bank will say that it's not worth waiting for the refinancing rate to increase this year. But after all, this is exactly what he already said, and more recently. So, there will be no effect from his words. Of course, if Mario Draghi does not hint that the regulator is still considering the possibility of raising the refinancing rate by the end of the year. This will be the reason for the explosive growth of the single European currency, which will drag the pound along.

The euro/dollar currency pair, after an active downward move, reached a range level of 1.1300, where it formed stagnation as a result. Likely to assume a temporary turbulence in the run-up to the ECB meeting, 1,1290/1.1320, after which a surge is possible, where traders analyze boundaries on the subject of a breakdown. 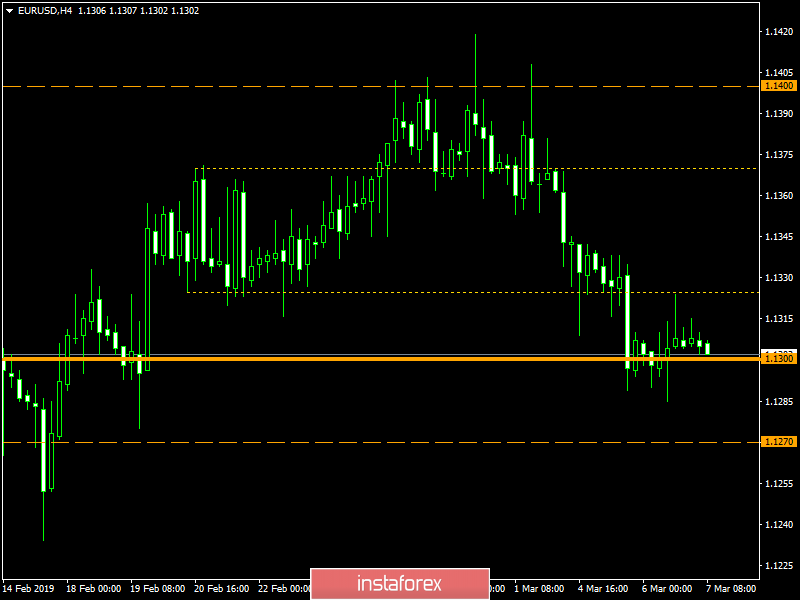 After reaching the level of 1,3100, the pound/dollar currency pair slowed down the downtrend, as a result of a pullback followed by a stagnation of 1,3130/1,3200. It is likely to assume the preservation of the current amplitude fluctuations within the existing boundaries, where traders monitor the boundaries for breakdown. 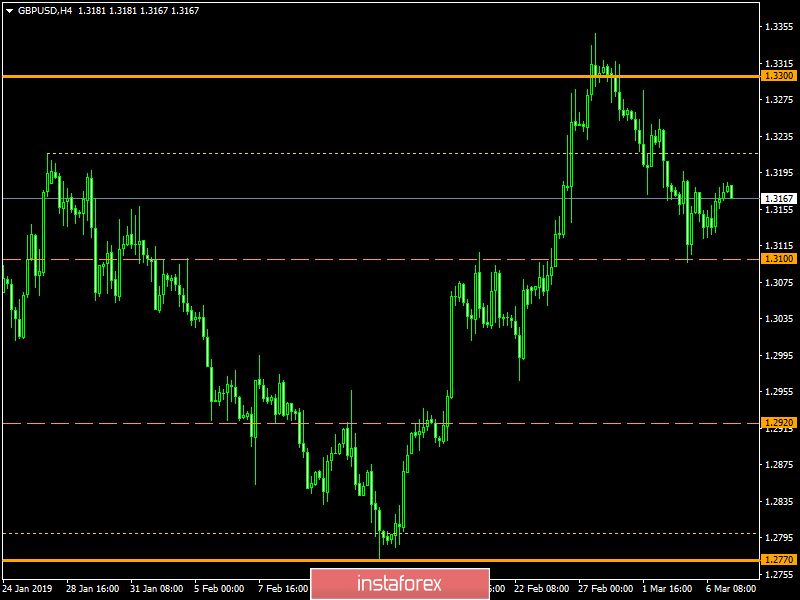 The material has been provided by InstaForex Company - www.instaforex.com
Trading plan for 03/07/2019