The market stopped waiting for the end of the story with Brexit, which is about to come. Although no macroeconomic statistics came out and the events of yesterday were almost epochal. As a matter of fact, the House of Commons removed Theresa May from solving the issue with Brexit, and her ministers flee from her like rats from a ship. Thus, the Minister for the Affairs of the Middle East and North Africa, as well as deputy ministers for business and industry, as well as health, resigned. They publicly advocated giving the House of Commons the right to independently decide which options for the Brexit situation would be considered on Wednesday. At the same time, the European Union officially announced that it had begun preparations for a "tough" divorce, that is, without an agreement and a transitional period. In fact, Brussels proposes to London either to accept a "divorce" agreement and then the exit will take place on May 22, followed by a transitional period. If the House of Commons rejects the agreement for the third time, then the exit will take place on April 12, and without "preliminary caresses" in the form of a transition period. This is the "hard" option. So on Wednesday, the House of Commons will decide what to do next. There are no many options. You can accept the enslaving agreement and hope that the European Union in the future will appreciate complementing its economic component. You can demonstrate your pride and inflexibility and get a threat of economic disaster. Although in general, these two options from the point of view of the economy are not much different. You can refuse from Brexit at all or hold a second referendum. But the trouble is that the last two options just do not like the great mass of subjects of Her Majesty. Basically, those who belong to supporters of Brexit. So for parliamentarians, these two options are guaranteed to become political suicide. 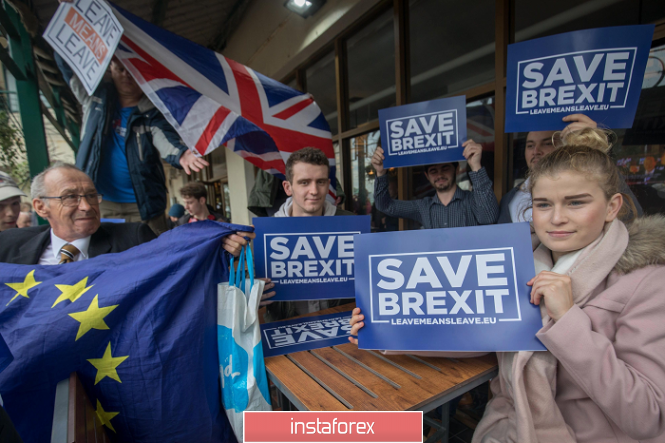 But all this awaits us only on Wednesday. And the result is almost impossible to predict. We do not even know which of the options and in what order will be considered. Parliamentarians will decide tomorrow. Another thing is that someone from British politicians can say something, and the market will immediately start to panic. If the parliamentarians are smart enough to keep their mouths shut, market participants will still sit like knives, and no macroeconomic statistics will be able to bring them to life. But today there are data on construction in the United States. And although the data is not so important, nevertheless it is expected that the number of new construction projects will be reduced by as much as 28.3%. It turns out that the number of new construction projects has decreased by more than a quarter. This will impress anyone. And yes, the number of building permits issued may be reduced by 0.6%, which no one will notice. But the intrigue around tomorrow's meeting of the House of Commons clearly holds the minds and hearts of market participants. 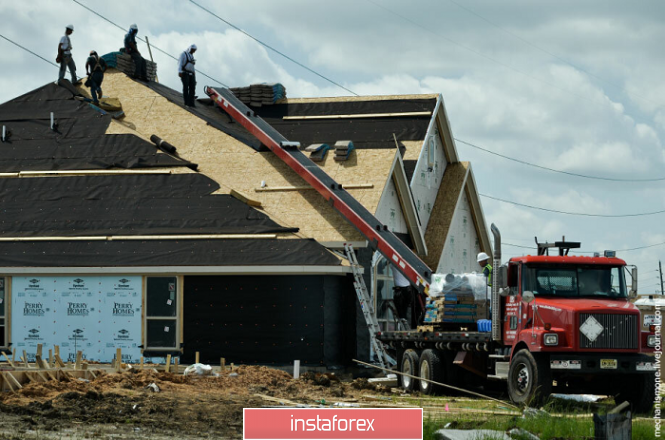 The euro/dollar currency pair, forming a slight pullback, concentrated within the level of 1.1300, resulting in amplitude of 1.1290 / 1.1330. It is likely to assume the preservation of the current oscillation, where traders monitor the boundaries for a breakdown when placing trading orders. 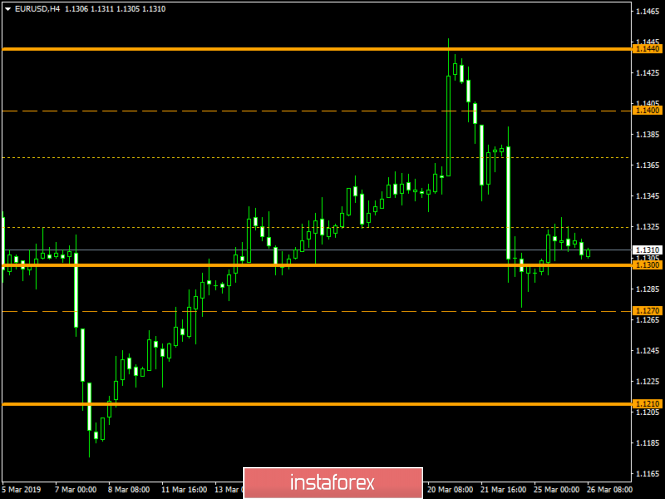 The currency pair pound/dollar, forming a correctional movement, reached the previously passed cluster of 1.3220, where it formed a narrow range of 1.3170 / 1.3220. It is likely to assume that the current amplitude fluctuation is preserved, where the current cluster already makes it clear to traders that they are waiting for positions on the market that are likely to lead to impulse candles. Now, traders monitor existing boundaries for breakdown and clear fixation before placing trading orders. 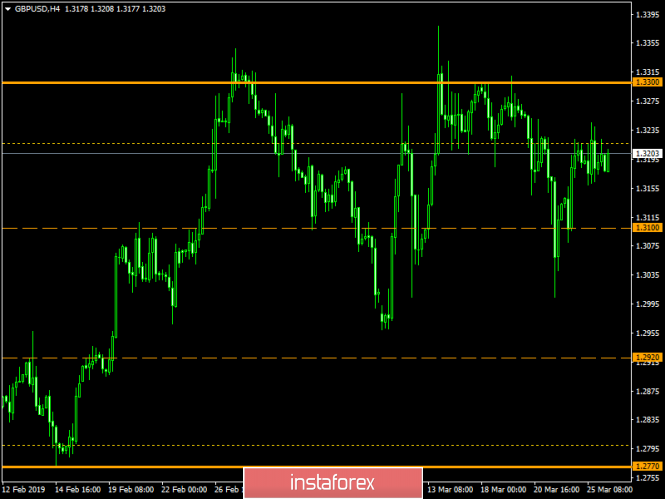 The material has been provided by InstaForex Company - www.instaforex.com
Trading plan for 03/26/2019