It seems that no one has understood why the House of Commons had arranged this whole farce. The parliamentarians made a strong-willed decision and rejected all the alternative for the relocation of the European home, which was already eight. After lengthy disputes and discussions, the elected representatives of Her Majesty's people came to the conclusion that a way out without an agreement was a bad idea. Yes, and the abolition of Brexit and they were rejected, as they are well aware that such a decision will cause bewilderment of voters, and they all will have to complete their political career. A second referendum, approximately from the same plane as the cancellation of Brexit, was also rejected. Thus, the best people of the country sitting in the House of Commons unequivocally expressed that it was necessary to "divorce" only with an agreement. The only trouble is that the existing agreement categorically does not suit them. During a divorce, it often happens that one side of this most pleasant process wants to take over everything — the yacht and the rusty bicycle. Europe immediately declared that there would be no more negotiations on Brexit. There is an agreement, and London either accepts it or not. And the point. In turn, Theresa May said that for the third time, she would submit an agreement to the House of Commons on March 29, that is the last day when it can be done, and after Brexit, she would immediately resign. And in fact, voting in the House of Commons did not change anything, so there is still uncertainty on the issue on the market. 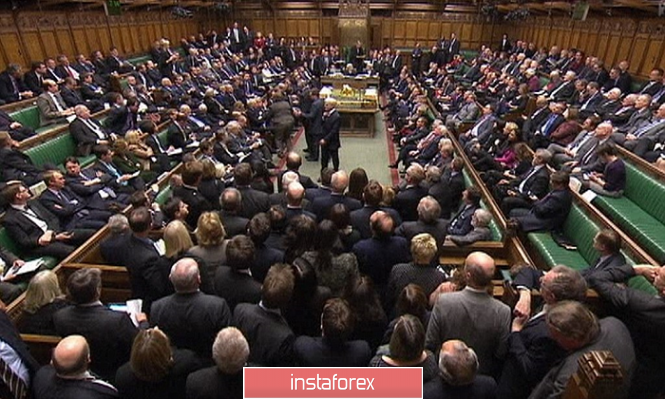 Since nothing has changed and the situation will be resolved only tomorrow, today we should pay attention to macroeconomic statistics. Especially since there are extremely important data on the GDP of the United States. But before that, consumer lending data will be published in Europe, the growth rate of which should accelerate from 3.2% to 3.3%. The number of applications for unemployment benefits in the United States may remain virtually unchanged. So, even before the publication of GDP data, the single European currency has a reason for growth. The final data on GDP themselves are expected to show a slowdown in economic growth from 3.4% to 2.4%, while preliminary data showed a slowdown to 2.6%. In other words, not only is the economy of the United States slowing down, it is doing so much faster than expected.

The euro/dollar currency pair shows a steady decline, converging as a result with the periodic level border of 1.1230, where the pivot point is located. It is likely to assume that the pullback that we see now will continue, directing the quotation towards 1.1280 - 1.1285. 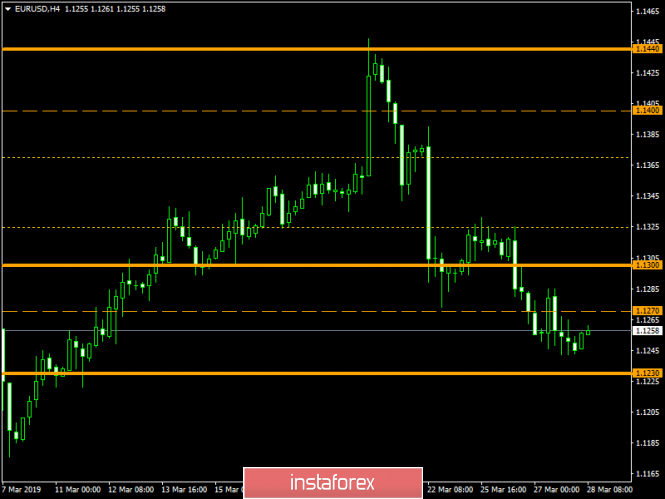 The currency pair pound/dollar retains a certain uncertainty in the actions, being still in the cluster of 1.3170 / 1.3220. It is likely to assume that the movement within the specified framework will continue, where traders will continue to monitor the information background. 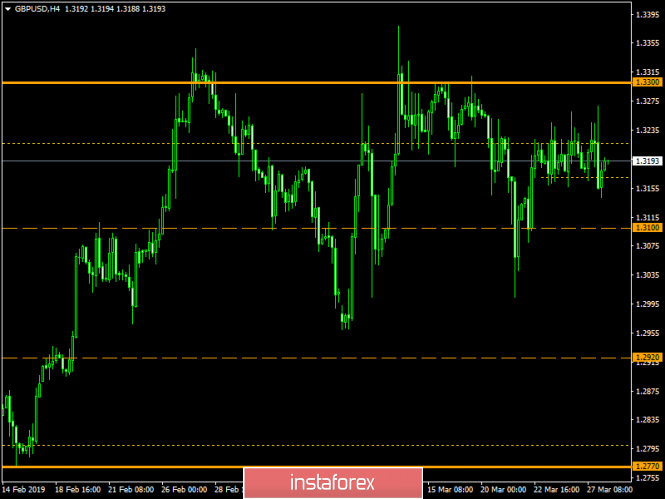 The material has been provided by InstaForex Company - www.instaforex.com
Trading plan for 03/28/2019