For the third day in a row, the currency pair Pound / Dollar pleases speculators with mega-volatility, having 318 points of progress yesterday! From the point of view of technical analysis, it is quite difficult to explain everything that is happening, the only thing that can be noticed is that the quote has an amplitude between two strong range levels of 1.3000 and 1.3300. Information background around the head, is now orderly placed. As expected, yesterday's vote in the British Parliament voted against the country's withdrawal from the EU without a deal with Brussels. This news is positively played on the English currency in the form of an upward rally. In turn, Theresa May partially lost control of the British Cabinet, as evidently shown by the voting results in the House of Commons for the country's withdrawal from the European Union without a deal. 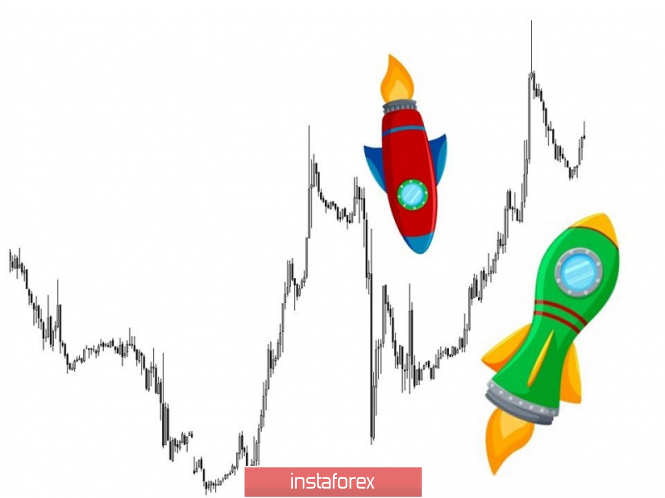 Since the next vote in the UK parliament is expected, the "circus tent" will continue to please the speculators for today. Regarding the postponement of the country's withdrawal from the EU, the expected postponement is until June 30, whereas the initial date was March 29. This news, of course, will positively affect the English currency. Of course, in the event of a delay, there is an assumption that the last vote (March 13) and its subsequent impulse movement has taken into account the current vote (March 14). However, it is still not necessary to exclude increased volatility.

Analyzing the current trading chart, we see impulse candles, where the quotation for time has reached the value of 1.3379. After which, it is logical to roll back below the level of 1.3300. Probably, it is safe to assume a temporary wagging within the level of 1.3300, and then we look at the market reaction to the postponement. Traders still do not exclude that, the pound will still be able to stretch upward, as shown on the information background. But, after that, they will expect a bold correction. 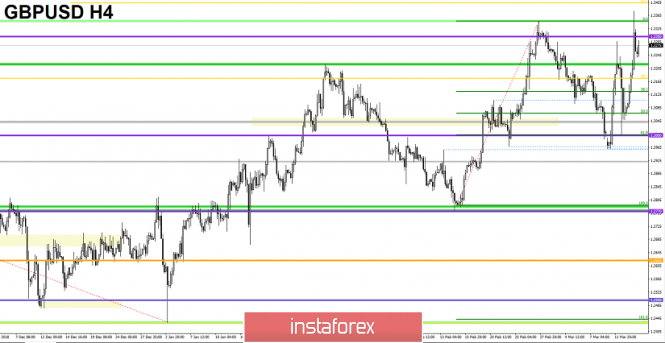 - Consider positions for sale tomorrow, well, or at least by the end of the day, when we will see how the quote behaves. Nobody excludes selling positions. They are even waiting. There remains a very strong overheating. Meanwhile, there is nothing good in Britain except that all the problems remained. Now, we have just speculative positions.

Analyzing a different sector of timeframes (TF ), we see that in the short, intraday and medium term indicators are upturned due to impulse leaps.

Measurement of volatility reflects the average daily fluctuation, with the calculation for the Month / Quarter / Year.

(March 14, was based on the time of publication of the article)

The current time volatility is 85 points, which is not a low value for a given time segment. It is likely to assume that due to the hype on the information background, volatility will remain at a high level.

The material has been provided by InstaForex Company - www.instaforex.com
Trading recommendations for the currency pair GBPUSD - placement of trading orders (March 14)