For the last trading day, the currency pair Euro / Dollar showed extremely low volatility of 37 points. Isn't it preparing for something interesting? From the point of view of technical analysis, we have a corrective movement from the value of 1.1176, where the quotation successfully returned above the range level of 1.1214 and went further towards 1.1270. The news background was filled with Brexit battles. Yesterday, the regular meeting of the British Prime Minister Theresa May with the European Commission's head Jean-Claude Juncker was held. New legal guarantees were reached regarding the boundaries between the EU Ireland and Northern Ireland. Theresa May said: "We have made legal changes to the agreement on withdrawal from the European Union. This is exactly what the parliament want from us. Arrangements are transparent. Jean-Claude Juncker, in his turn, added that "the European Union will not agree to further negotiations regarding the conditions for the exit of Great Britain. "There will be no third chance," he said. Rejecting a deal with the EU alarmed investors which allowed them to provide grounds for reflection. 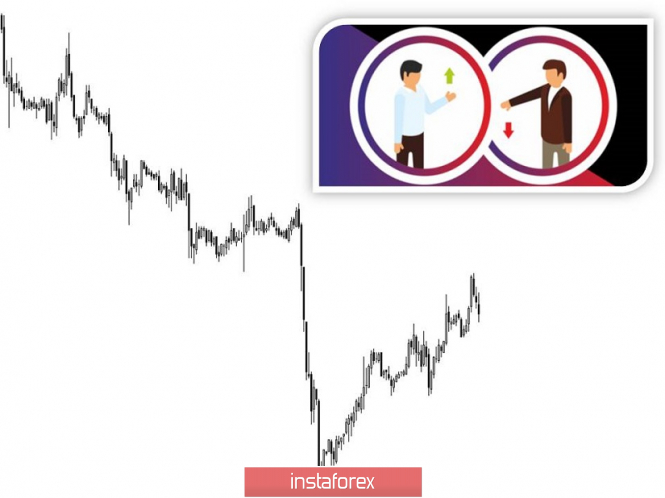 Today, the focus of market participants is the casting of votes in the UK Parliament, where a decision will be made regarding the agreement. In turn, experts are already expecting that he will be rejected. In any case, for speculators expanse, an increased market volatility is possible.

Analyzing the current trading chart, we see that the correction still takes place on the market and, in principle, the quotation is already in close proximity to the level of 1.1300. It is likely to assume that the current vote in the British Parliament regarding the agreement may impart volatility in the market, and in case of disapproval, we will quickly roll back to 1.1214. At the same time, we won't be excluding the next stages, or rather, deciding whether or not to vote for the possibility of postponing the country's withdrawal from the EU, which, on the contrary, can play a positive role on both the pound and the euro, demonstrating growth.

Analyzing a different sector of timeframes (TF ), we see that in the short term, a downward interest has appeared against the background of the current bumpiness. Intraday perspective focuses on the correction. Medium term retains a downward interest.

(March 12, based on the time of publication of the article)

The current time volatility is 37 points. It is likely to assume that at the moment and on the eve of the information background, the volatility can increase.

The material has been provided by InstaForex Company - www.instaforex.com
Trading recommendations for the EURUSD currency pair - placement of trading orders (March 12)