The euro/dollar currency pair for the last trading day showed high volatility of 72 points. As a result, it continues to form a corrective movement. From the point of view of technical analysis, we see that the quotation closely approached the range level of 1.1300 / 1.1320, testing the upper limit for strength. The news background did not have any statistics in itself, but considering the information background, we have quite optimistic news regarding the US-China trade agreement. On Sunday, March 3, there were news telling that US President Trump and Chinese leader Xi Jinping could sign an agreement before the end of March. Naturally, this kind of news can be attributed as a market encouragement, making this one of the reasons for the growth of the US currency. Returning to Brexit, we have another hype; however, this time, it is in the direction of "bribing" labor. What is this about? The British authorities announced the creation of a fund, the funds from which will go to support the weak regions. It is about 1.6 billion pounds. At the same time, as the British media say, this fund was created primarily to help the regions that voted for Brexit. Laborists have already called this plan as an attempt to bribe opposition MPs. According to them, Theresa May is trying to enlist Laborite's support on the Brexit issue in this way. In turn, Labor MP and former Minister of Education, David Lammy, wrote in his Twitter account "Brexit-bribing is a measly bit compared to what the British regions receive from the EU. Mei Foundation - 1.6 billion for 6 years / 266 million per year. The European Regional Development Fund and the European Social Fund in 2014-2020. - 9, 34 billion in 6 years / 1.56 billion per year. " At the same time, Prime Minister of Ireland, Leo Varadkar, stated that they are ready to provide the UK with additional explanations and assurances in order to ensure ratification of the Brexit agreement by the British Parliament. 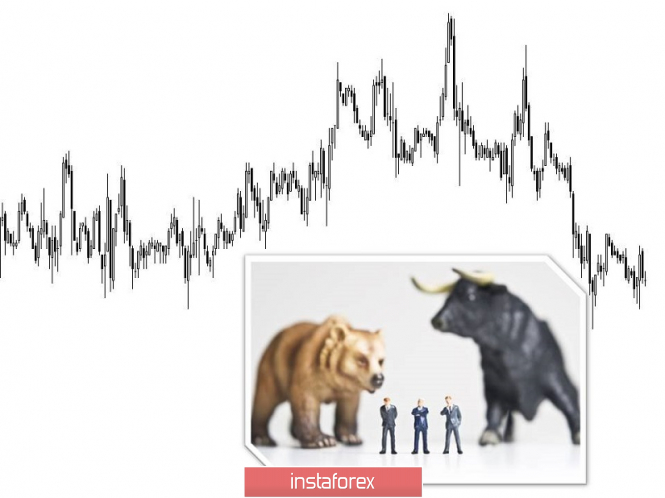 Today, in terms of the economic calendar, we had retail sales in Europe, where we received a good growth from 0.3% to 2.2%. In the afternoon, there will be a package of statistics from the United States regarding the sale of new housing, where they expect a decline from 657K to 600K. This will be expected to put pressure on the dollar. At the same time, the US will publish PMI, where growth is expected from 54.2 and 56, 2.

Analyzing the current trading chart, we see that the quotation hovered above the upper limit of the range level 1.1300 / 1.1320, forming a kind of stagnation, but still encountering quite pressure from the sellers. We can probably assume fluctuations in the current values, with the expansion of the range to the lower boundary of the level of 1.1300. At the same time, it is necessary to take into account the news background, where in case of negative statistics from the USA we can go to the testing of the range level 1.1300 / 1.1320 in the upstream direction. 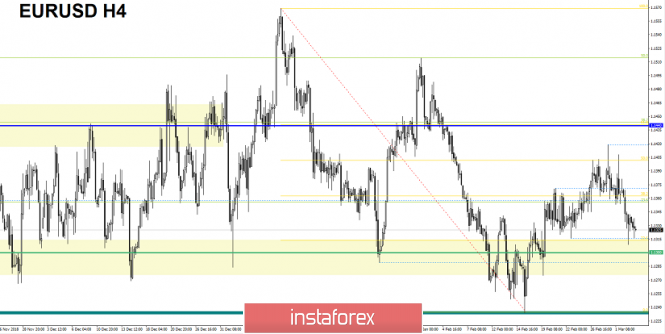 - Consider buying positions in two ways: first, in the case of entering the 1.1300 / 1.1320 range level, where there may be stagnation; the second in case of loss in bearish interest at current coordinates; price fixing is higher than 1.1350.

- Positions for sale are considered after fixing the price lower than 1.1300.

Analyzing a different sector of timeframes (TF ), we see that in the short, intraday and medium term, there is still an upward interest on the general background of the market.

The current time volatility is 24 points. It is likely to assume that in case of stagnation within the range level, the volatility of the day will remain within the framework of the average daily indicator.

The material has been provided by InstaForex Company - www.instaforex.com
Trading recommendations for the EURUSD currency pair - placement of trading orders (March 5)