Trump and the dollar in the sights of politicians 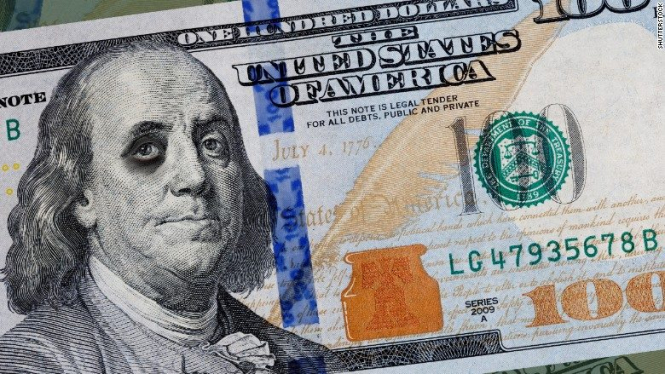 While the markets are carefully sifting through and interpreting the results of the meeting of the ECB, which has postponed the term of the rate increase, America strongly criticizes its president for unfulfilled election promises. The economy did not manage to accelerate to 3%, even under the influence of a large-scale fiscal stimulus, the indicator grew by 2.9% in 2018. In addition, the negative balance of trade in goods increased to a record high of $ 891.3 billion. Something suggests that without the support of tax reform, the economy will not be able to surpass last year's result. It is hard to believe that after concluding a deal with China, Donald Trump will achieve a return of the imbalance of foreign trade to the levels that were under Barack Obama. Curiously, with what promises will the current head of the White House go to repeat elections in 2020?

Trump's Democrats are now richly criticized, calling his policy "erroneous" and demanding an explanation of how the president "is going to improve all these deficits!" It's important to know that the outpacing growth in imports (7.5%) over exports (6.3%) is due to high domestic demand on the background of external weakness. The negative balance of foreign trade to GDP increased to 3% from 2.8%, which is much lower than 10 years before the start of the great recession (6%).

The deterioration of foreign trade occurred, including at the expense of an expensive dollar, whose growth has repeatedly tried to suppress Trump. It is not easy to make the US currency weaker in conditions when the whole world is facing a serious economic slowdown, and the United States looks like an island of stability. This year, the US economy will expand by 2.6%, while eurozone GDP is only 1%, predicted in the OECD. Note that the estimate for the eurozone is significantly reduced, in November, a rise of 1.8% was expected (!). Italy will go into recession, and the German economy will show a slight increase of 0.8%. According to an authoritative organization, a substantial increase in wages and household expenditures will not be enough to compensate for the effects of trade friction and political uncertainty.

What is the future of EURUSD?

In the next 12 months, dollar positions will significantly weaken across the entire spectrum of the market. This will contribute to the slowdown of the US economy, the growth of the budget deficit and the soft rhetoric of the Fed. EURUSD may rise to $ 1.19. This is the forecast of market experts who participated in the Reuters survey from February 28 to March 6.

Although respondents continue to wait for EURUSD growth, their average forecast for the main pair was slightly lower than a month ago.

The outlook for the dollar is unlikely to improve after the end of the trade war between the United States and China, experts say. If you give an estimate for the next month, in the case of a trade deal, the dollar's position will remain unchanged, and if the war continues, it will rise by 1%.

The material has been provided by InstaForex Company - www.instaforex.com
Trump and the dollar in the sights of politicians