Today, the USD / CAD currency pair demonstrates a price pullback after a fairly powerful price spurt. In the first week of March, a Canadian fell by more than 300 points, reaching the middle of the 34th figure. Almost all the fundamental factors are playing against the Loonie - the Canadian economy is declining, inflation is slowing down, and the country's Central Bank is frightened by the decline in interest rates. This is too steep a turn of events for USD / CAD, since, at the end of last year, traders expected to continue the cycle of tightening monetary policy. But the situation has changed radically in just two months. And tomorrow's data on the labor market in Canada can complement the negative fundamental picture - at least, preliminary forecasts do not bode well for USD / CAD bears.

However, let us begin with the results of the March meeting of the Canadian regulator. Given the previous macroeconomic releases, no one expected "hawkish" rhetoric from the representatives of the Central Bank. The probability of a rate hike in March was zero, so the main intrigue was in assessing the future prospects for changes in monetary policy. And as it turned out, the representatives of the Bank of Canada joined their colleagues from the RBA, the RBNZ and the Bank of Japan, who not only withstand a pause in the matter of raising interest rates but also allow easing of monetary policy conditions. 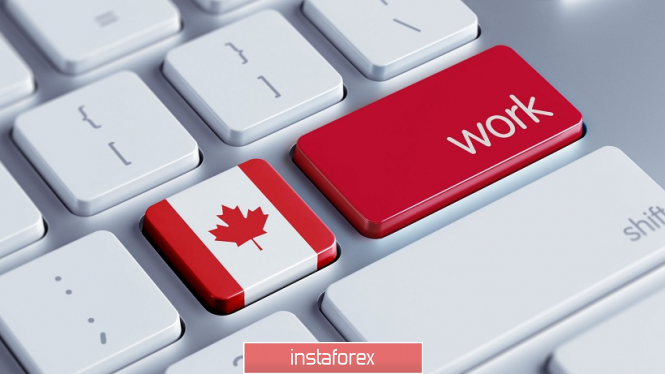 Keeping the rate at 1.75%, the Canadian regulator said that today it is impossible to say with certainty when the time of the next round of increase will come. Although at the beginning of the year, Stephen Poloz noted that the rate should be "over time" raised to at least the lower limit of the neutral range (2.5% -3.5%). However, judging by the rhetoric of recent statements, the parameters of monetary policy will remain as they were this year - unless the Canadian economy shows a major breakthrough in the second half of the year. Otherwise, if the negative trend gets its continuation, experts admit a rate cut of 25 basis points: the likelihood of such a scenario was not ruled out in the Central Bank.

As noted in the Central Bank, the economic downturn, which began to grow at the end of last year, was stronger and more dynamic than previously thought. And it's not just a matter of reducing the oil market: here is the weakness of the real estate market, and a reduction in consumer spending, and a significant reduction in price pressure. The trade conflict between the United States and China is also at the center of attention of members of the Canadian regulator. According to them, now the markets have entered a zone of heightened uncertainty since the development of not only the global economy but also the national one depends on the resolution of trade conflicts.

It is worth recalling that the growth of the Canadian economy has actually stopped. On a monthly basis, GDP for the second month in a row is in the negative area, at minus -0.1%. If we talk about quarterly terms, in the fourth quarter of last year, the key indicator grew by only one-tenth of a percent compared to the previous quarter. A similar trend is observed among inflation indicators. The January consumer price index in Canada rose by only one-tenth of a percent on a monthly basis, and in annual terms, the figure dropped to 1.4%. This is the weakest growth rate since October 2017.

The Bank of Canada could not ignore such weak results. Regulators have significantly eased their forecast expectations - and most importantly, removed from the text of the accompanying statement that the overnight rate "should reach the neutral range". After that, the chances of raising the rate until the end of this year have dropped to their minimum values.

The Canadian dollar reacted to this state of affairs accordingly, weakening more than 300 points against the American dollar. Today's correction looks quite logical, but the "Canadian Nonfarm", which will be published on Friday, may give the pair a new northern impetus that will allow USD / CAD bulls to test the 35th figure already. According to preliminary estimates, the unemployment rate will remain at the previous level of 5.8%. But the increase in the number of employees can collapse sharply in the negative area, up to -2.5 thousand. The forecast itself is negative, but if real numbers turn out to be weaker than forecasts, the pair's growth will continue.

The material has been provided by InstaForex Company - www.instaforex.com
USD / CAD: Canadian has another exam tomorrow