Wave analysis of EUR / USD for March 14. Correctional rollback within wave b? 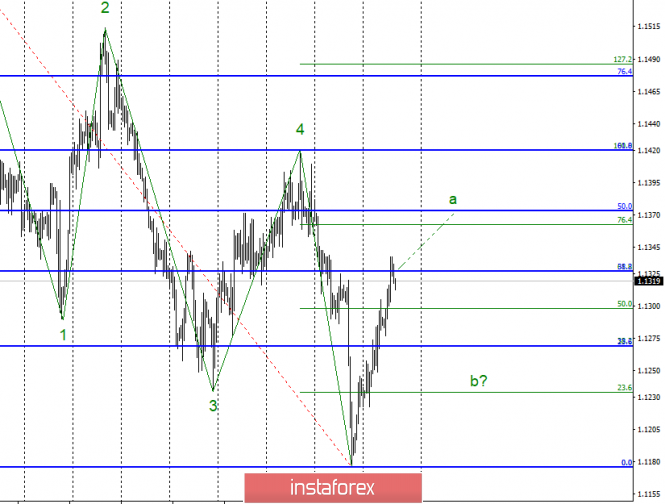 On Wednesday, March 13, trading ended for EUR / USD by another 40 bp increase. Thus, the tool continues to build the estimated wave of a new uptrend. However, there was an unsuccessful attempt to break through the level of 38.2% in the older Fibonacci grid which suggests that the pair is ready for the quotes to depart from the maximums reached or to build a correctional wave b. At the same time, a breakthrough of the level of 1.1326 will indicate that the pair is ready to continue raising quotes. The news background for the couple remains neutral, as there is simply no news right now.

The pair presumably continues to build the first wave of the new trend segment. Now, I recommend waiting for the breakout of the mark of 1.1326 and buying a pair with targets located near the mark of 1.1362. Also, I recommend to increase purchases near the minima of wave b, the probability of the start of construction of which is now also available.

The material has been provided by InstaForex Company - www.instaforex.com
Wave analysis of EUR / USD for March 14. Correctional rollback within wave b?