Wave analysis of EUR / USD for March 25. Euro is ready to build a new rising wave 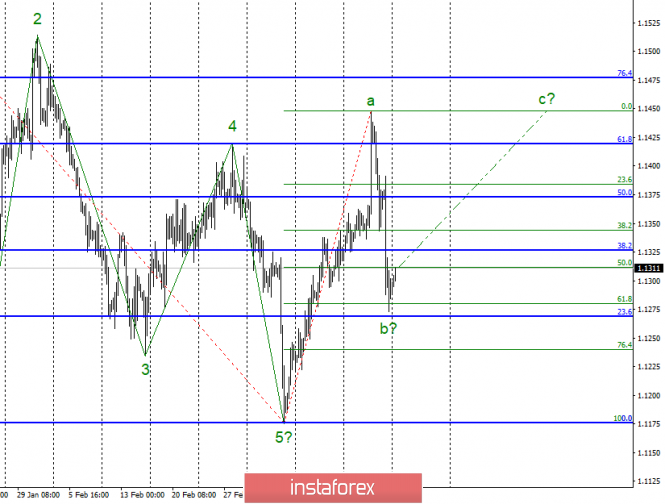 On Friday, March 22, bidding ended for the pair EUR / USD by 70 bp decrease. Thus, the estimated wave b in the composition of the new upward trend can already be completed. The tool made an unsuccessful attempt to break through the 61.8% Fibonacci level, which indirectly indicates the pair's readiness to build a new upward wave. The news background for the pair is now with a slight margin in favor of the euro. Still, the Fed last week announced that it was not going to raise the key rate in 2019. And this indirectly indicates a decline in economic growth and the threat of recession.

The pair supposedly completed the construction of wave b. Now, I recommend re-buying the pair, initially in small volumes, and as the instrument's transition to the building of the rising wave is confirmed, increase the volumes with targets located near the estimated 1.1448 mark, which equals to 0.0% Fibonacci.

The material has been provided by InstaForex Company - www.instaforex.com
Wave analysis of EUR / USD for March 25. Euro is ready to build a new rising wave