Wave analysis of GBP / USD for March 13. Does the UK Parliament need a Brexit without a deal? 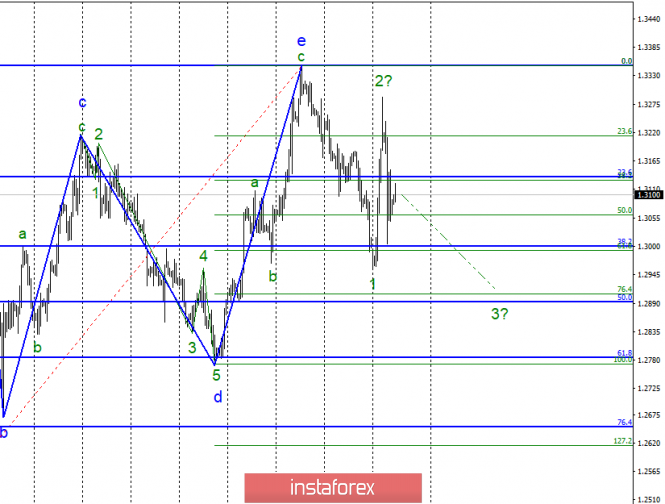 On March 12, the pair GBP / USD fell by 120 basis points. Moreover, the decline began even before the moment when it became known that the British Parliament refused to accept the agreement as discussed by Teresa May with the European Union. This is considered as bad news for the pound sterling, but this is not the end. Today, there will be a vote for withdrawal from the EU without any agreements and arrangements. It is unlikely that this proposal will be adopted by the Parliament. However, if it will suddenly be accepted, the UK will leave the EU on March 29, as originally intended. Tomorrow there will be a vote to postpone the Brexit date. For the pound, the best option would be the transfer, since this is another postponement of a very likely "bad" option. Against the background of this decision, the pound may add to the price.

The wave pattern still involves the construction of a downward set of waves, and the estimated wave 2 already looks complete. Therefore, sales are now expedient with targets 1.2891 and 1.2784, which equates to 50.0% and 61.8% Fibonacci. Voting today may again end with strong movements.

The material has been provided by InstaForex Company - www.instaforex.com
Wave analysis of GBP / USD for March 13. Does the UK Parliament need a Brexit without a deal?