Wave analysis of GBP / USD for March 21. Briton waiting for the outcome of the meeting of the Bank of England 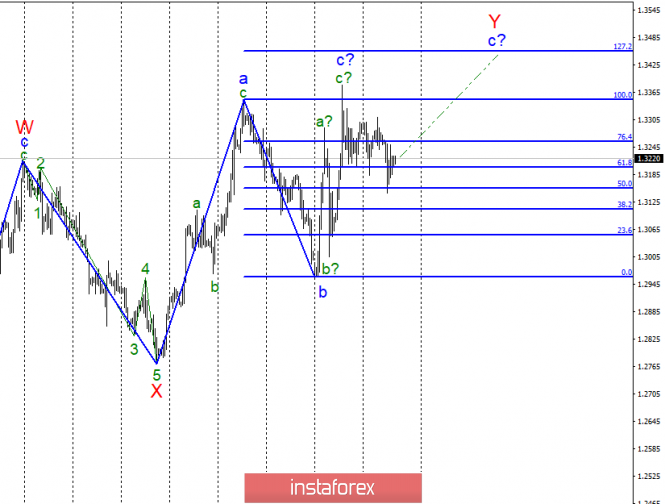 On March 20, the GBP / USD pair fell by 75 basis points, showing complete disinterest in the decisions and plans of the Fed. The pound sterling is most concerned now with the Brexit theme, which has been inexhaustible in recent years. But in it every day there are more and more questions that require an answer. Now, in full swing discussion, the date of Brexit may take for several months. But the European Union does not want to postpone Brexit later than May 23, since then elections to the European Parliament will begin, in which Britain should no longer participate, since it leaves the EU or the EU proposes to transfer Brexit for 2 years. Now, the words are behind the UK, which is already unclear what it wants itself: to leave the EU, stay in it, or "think" for a few more years ... Even the results of the Bank of England meeting can "pass by" the market today.

The wave pattern involves the construction of an upward wave with targets located near the estimated marks of 1.3350 and 1.3454, which corresponds to 100.0% and 127.2% of Fibonacci. However, there is also a possibility that the upward wave is completed. The wave pattern now does not look completely unambiguous and at any time may require adjustments.

The material has been provided by InstaForex Company - www.instaforex.com
Wave analysis of GBP / USD for March 21. Briton waiting for the outcome of the meeting of the Bank of England