When is May's resignation and what is the Bank of England's opinion? 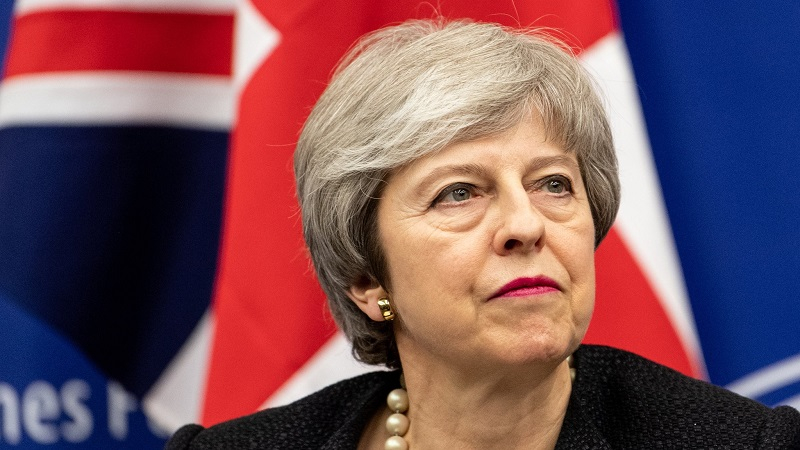 The pound continues to be the most dynamic asset of the foreign exchange market. Moreover, now traders are preparing for the growth of currency fluctuations before the next stages of Brexit. So, it is unlikely that anyone expected the British MPs to support Theresa May's deal on Tuesday. Today, few expect that the Parliament will decide to leave the European Union without a deal. The third round of voting is still on Thursday. The question of whether to extend Article 50 will be considered, and it seems very likely that there is no alternative to this solution.

It is peculiar what the MPs expect after postponing the deadline for the exit. European officials have clearly expressed their position: there will be no more concessions - neither on the Irish back-stop, nor on any other issues. Many hope that, faced with such a defeat, England will reject the idea of withdrawing from the union or hold a repeated referendum.

By the way, Theresa May even created the prerequisites for this. Here's how she commented on the disastrous vote on Tuesday:

"The European Union will want to know why we want to postpone the deadline. The House will have to answer this question: do we want to suspend the operation of Article 50, to hold a second referendum, or to conclude a deal different from the current one".

Despite May's next fiasco, ther sterling was able to stay afloat and did not sink to the bottom. After a short fall, it remained above $1.30. It seems that market participants expect to get more time, even if it has to prepare an exit without a deal.

However, the question regarding the British prime minister's ability to provide for the country's exit conditions, under which it will retain access to the single European market and customs union, is again a big question. Therefore, in the coming days, the general political uncertainty may be aggravated by the possibility, but real, resignation of Theresa May. In this regard, investors will look to selling the GBPUSD pair.

The Bank of England ordered financial companies to accumulate excess liquidity and launched a mechanism for mutual exchange of currencies to provide access to foreign currency if the need arises. A very prudent step, and precisely for this reason, members of a committee of the Bank of England made it clear that they could vote for lower rates if the country exited the EU without a deal. Thus, they intend to give the economy an opportunity to cope with the crisis.

The official position of the central bank is that the rates can not only decrease, but also rise with the rigid performance of Brexit. However, a more likely scenario, according to Mark Carney, would be a decline. He also warned that a "hard divorce" with the EU would have a strong inflationary impact due to the potential collapse of the sterling.

Investors are now hoping and betting quotes for the pound, a scenario of prolongation of Article 50 of the Lisbon Treaty, while they underestimate the risk of a "hard" Brexit. According to forecasts of a hedge fund created by former JPMorgan traders and using artificial intelligence, the pound is waiting for a deep fall due to an exit without a deal. According to the base scenario of traders, the sterling will first collapse and then begin to recover.

Britain will withdraw from the EU without a "default" deal, since "neither side will be able to agree on something," the fund representatives wrote.

"The longer the government postpones its decision, the more hope for the possibility of holding another referendum will increase among market players, reinforcing the view that Brexit can be canceled," the forecast also says.

The material has been provided by InstaForex Company - www.instaforex.com
When is May's resignation and what is the Bank of England's opinion?