Analysis of EUR/USD divergence for April 16. The euro currency is preparing to fall 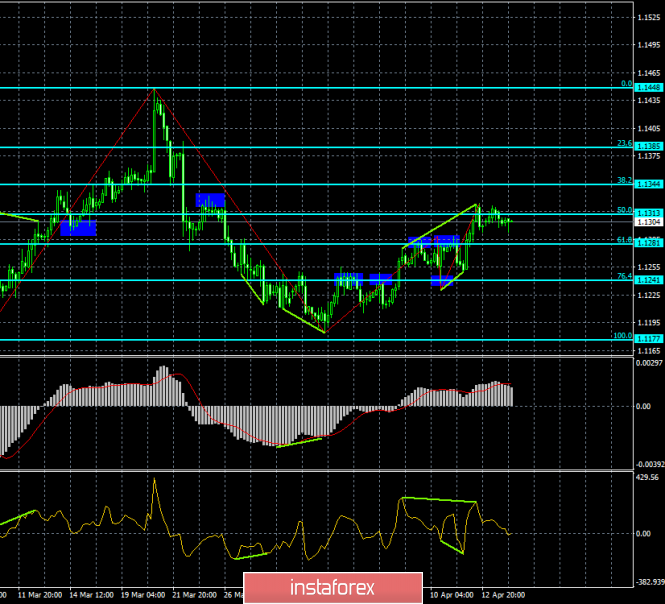 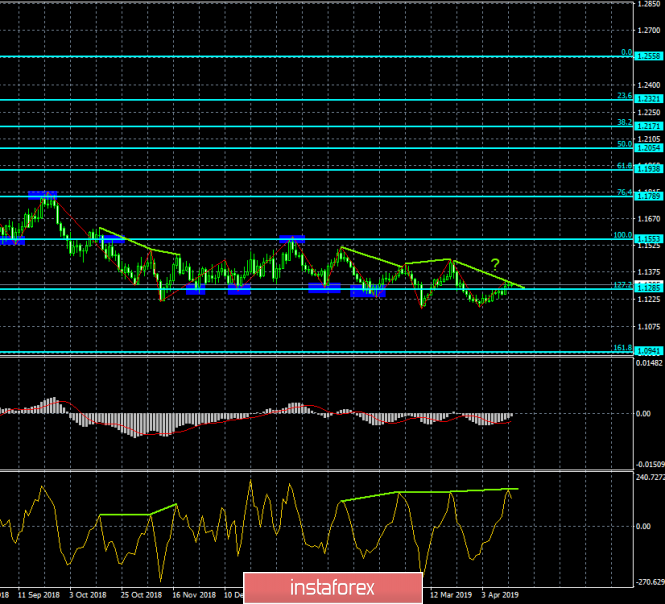 As seen on the 24-hour chart, the pair closed above the retracement level of 127.2% (1.1285). However, the emerging bearish divergence allows traders to expect a reversal in favor of the US currency and a resumption of decline in the direction of the Fibo level of 161.8% (1.0941) with at least a stop near the previous two lows. Two unsuccessful attempts to close above the Fibo level of 50.0% on the 4-hour chart increase the chances of a fall beginning.

Buy deals on EUR/USD pair with a target at 1.1344 if the pair consolidates above the Fibo level of 50.0% (and updates the last peak of the divergence). The stop loss order should be placed below the level of 1.1313.

The material has been provided by InstaForex Company - www.instaforex.com
Analysis of EUR/USD divergence for April 16. The euro currency is preparing to fall