Analysis of EUR/USD divergence for April 18. The euro is is inclined to rise a little more than to fall 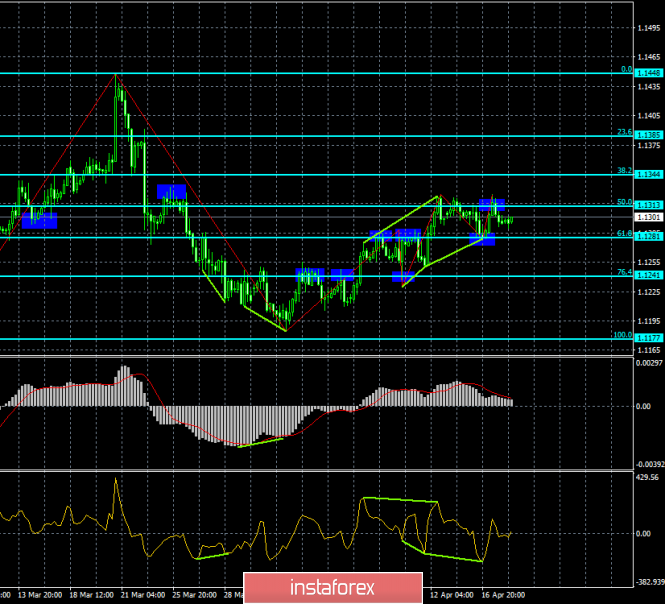 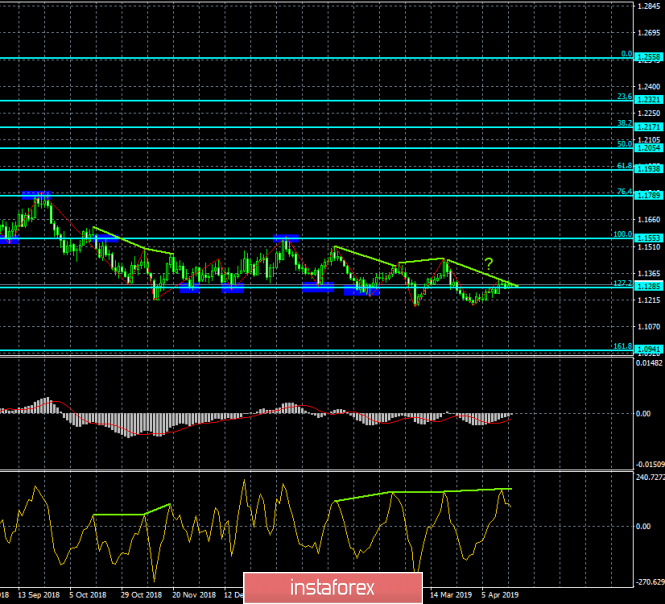 As seen on the 24-hour chart, the pair still holds chances for both growth and decline. Quotes of the pair completed the close above the Fibo level of 127.2% (1.1285) on the one hand, and on the other hand, bearish divergence is on the CCI indicator. It is the formation of a divergence that will work in favor of the US dollar and the resumption of a fall in the direction of the retracement level of 161.8% (1.0941). But until the pair closes below the Fibo level of 127.2%, there is still a chance for the growth of the Eurocurrency.

The material has been provided by InstaForex Company - www.instaforex.com
Analysis of EUR/USD divergence for April 18. The euro is is inclined to rise a little more than to fall