Analysis of EUR/USD divergence for April 22. The fall is more preferable, but the question is the bears' strength 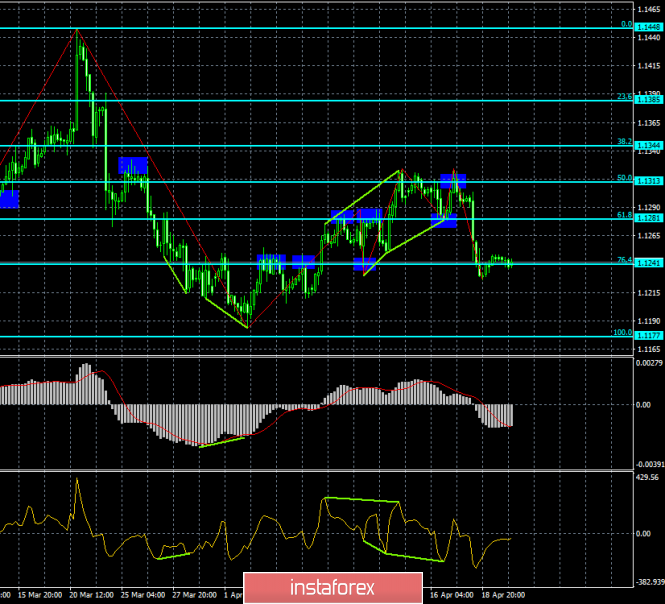 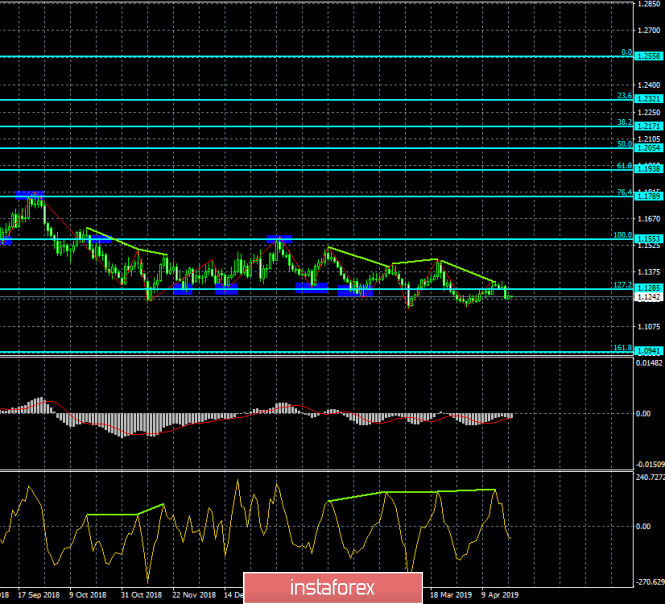 As seen on the 24-hour chart, the pair reversed in favor of the American currency after the formation of a bearish divergence at the CCI indicator, and the close below the Fibo level of 127.2% (1.1285). Thus, on the current chart, quotes are also expected to fall in the direction of the retracement level of 161.8% (1.0941), but there is still reason to doubt that the pair will be able to close under the previous two low prices. The consolidation of quotations above the Fibo level of 127.2% can be interpreted as a reversal in favor of the European currency and expect a resumption of growth in the direction of the retracement level of 100.0% (1.1553).

Buy deals on EUR/USD pair can be opened with the target at 1.1281 as the pair completed closing above the retracement level of 76.4%. The stop loss order should be placed below the level of 1.1241.

Sell deals on EUR/USD pair can be carried out with the target at 1.1177 if the pair closes below the level of 76.4%. The stop loss order should be placed above the level of 1.1241.

The material has been provided by InstaForex Company - www.instaforex.com
Analysis of EUR/USD divergence for April 22. The fall is more preferable but the question is the bears' strength