Analysis of EUR/USD divergence for April 3. The euro turned around the previous low 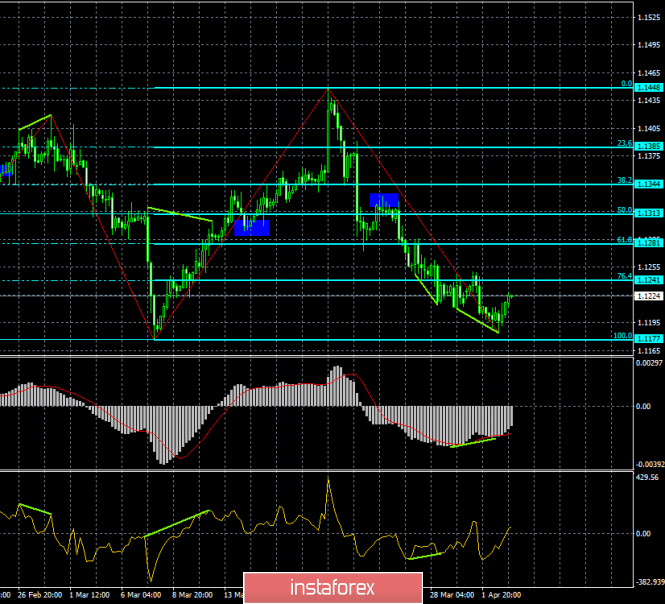 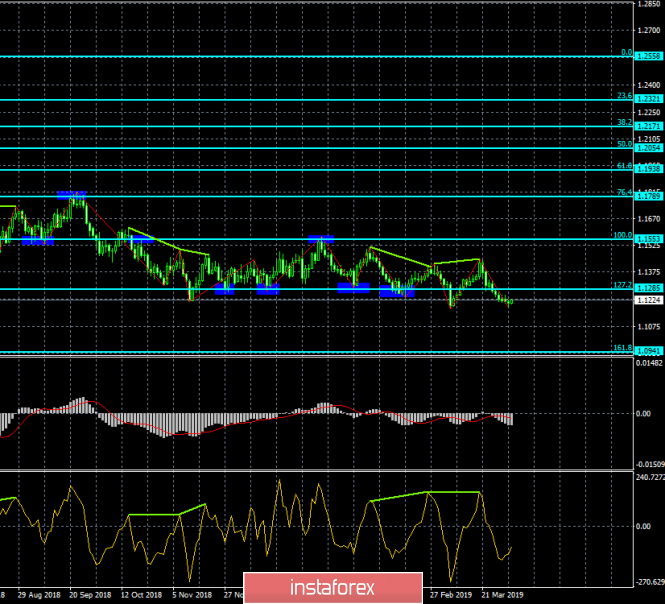 As seen on the 24-hour chart, the pair closed below the retracement level of 127.2% (1.1285), which makes it possible to count on a further drop in quotations in the direction of the next retracement level of 161.8% (1.0941). However, it still confuses the previous low of the pair, which will not be easy to pass. Near this low, we can expect a reversal of the pair in favor of the euro currency and the resumption of growth. If there are no problems with its passage, then the chances of falling will increase.

Buy deals on EUR/USD pair can be opened with the target at 1.1241 since a bullish divergence was formed. The stop-loss order should be placed below the level of 1.1177. New purchases – after closing above the level of 1.1241.

Sell deals on EUR/USD pair can be opened with the target at 1.1177 if the pair rebounds from the retracement level of 76.4%. The stop-loss order should be placed above the level of 1.1241.

The material has been provided by InstaForex Company - www.instaforex.com
Analysis of EUR/USD divergence for April 3. The euro turned around the previous low