Analysis of EUR/USD divergence for April 9. Euro is attempting to grow 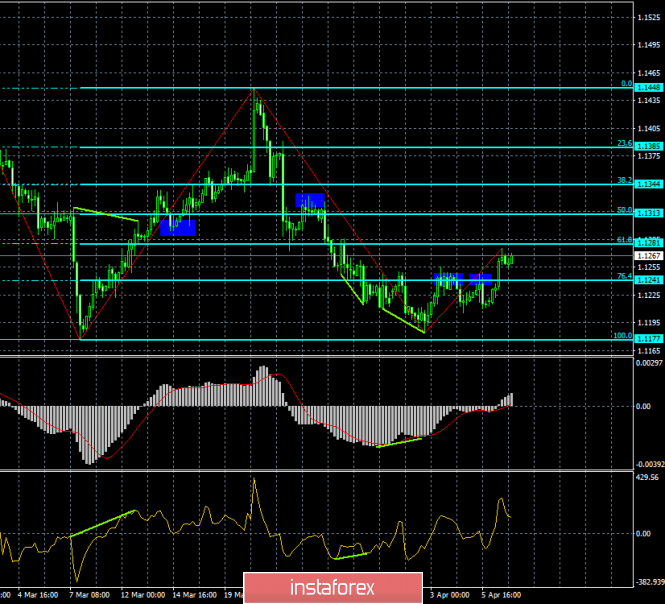 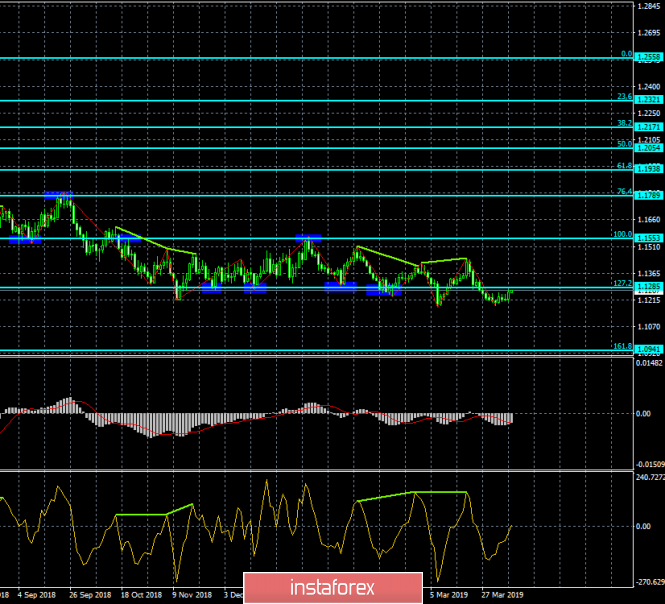 As seen on the 24-hour chart, the pair retains chances of resuming the fall in the direction of the Fibo level of 161.8% (1.0941) as long as the quotes remain below the retracement level of 127.2% (1.1285). The closing of the pair above the Fibo level of 127.2% can be interpreted as a turn in favor of the European currency and expect some growth in the direction of the retracement level of 100.0% (1.1553). There are no emerging divergences today.

Buy deals on EUR/USD pair can be opened with targets at 1.1281 and 1.1313 as the pair completed consolidation above the retracement level of 76.4%. The stop loss order should be placed under the level of 1.1241.

The material has been provided by InstaForex Company - www.instaforex.com
Analysis of EUR/USD divergence for April 9. Euro is attempting to grow