Analysis of GBP/USD divergences for April 16. Pound sterling remains in the side corridor 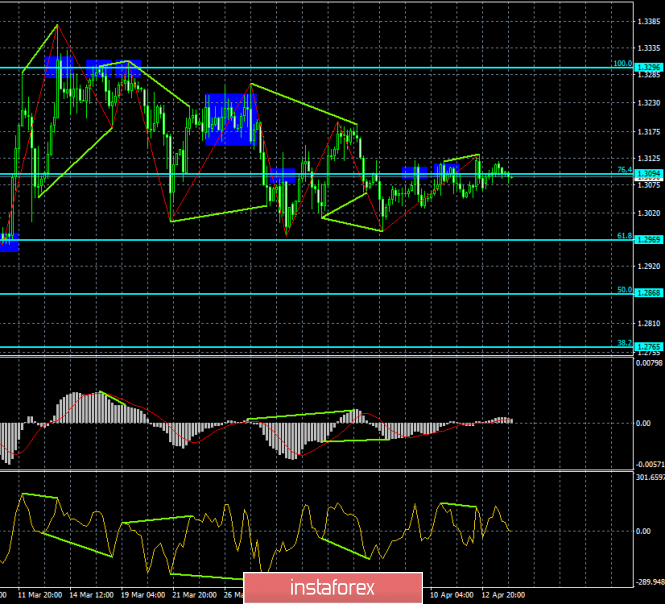 As seen on the 4-hour chart, the GBP/USD pair completed two more closures above the retracement level of 76.4% and then below it. As a result, traders can again expect some fall in the direction of the Fibo level of 61.8% (1.2969). However, as the practice of the last days' shows, the pair is unlikely to fall below the levels of 1.3030 and 1.3040. The hourly chart now clearly shows the sideways movement of the pair. Although the bearish divergence of the CCI indicator plays in favor of the US dollar, it does not greatly increase the probability of a fall in the current conditions. 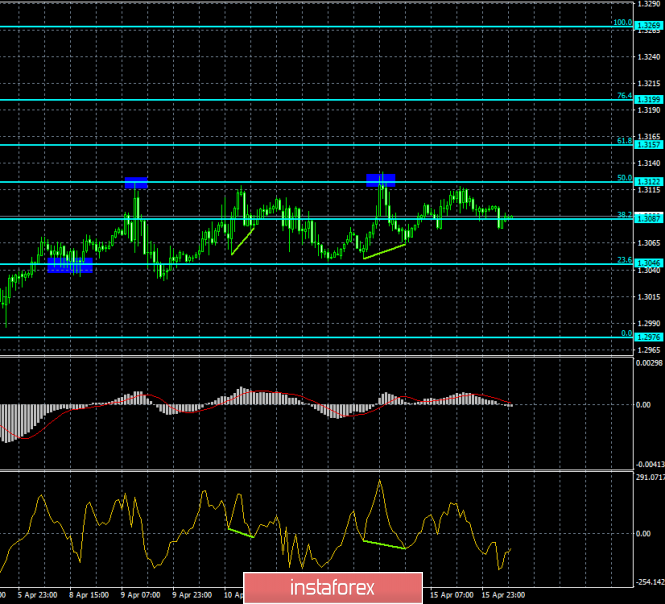 Buy deals on GBP/USD pair can be opened with a target at 1.3122 and a stop loss order under the retracement level of 38.2% as the pair completed closing above the level of 1.3087 (hourly chart).

The material has been provided by InstaForex Company - www.instaforex.com
Analysis of GBP/USD divergences for April 16. Pound sterling remains in the side corridor