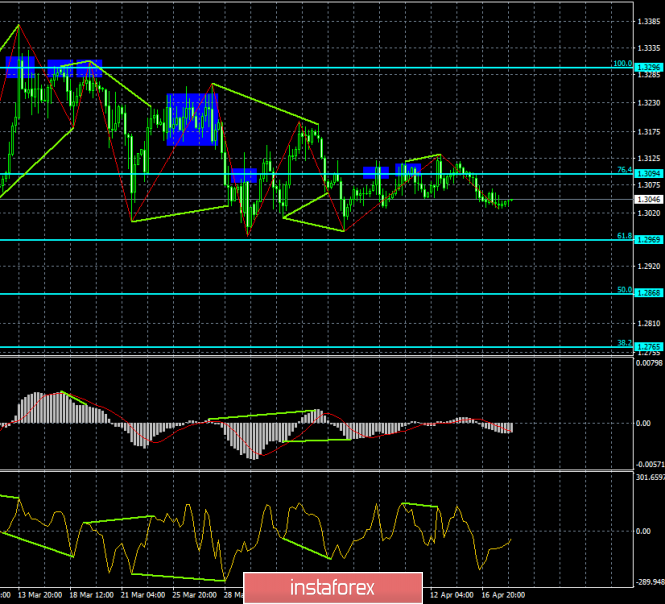 As seen on the 4-hour chart, the GBP/USD pair completed closing below the Fibo level of 76.4% (1.3098) and continues the process of falling towards retracement level of 61.8% (1.2969). There is no visible indicator of divergence today. Thus, only quoting quotes from the Fibo level of 61.8% can be regarded as a reversal in favor of the British pound, and traders can expect a resumption of growth in the direction of the retracement level of 76.4%. 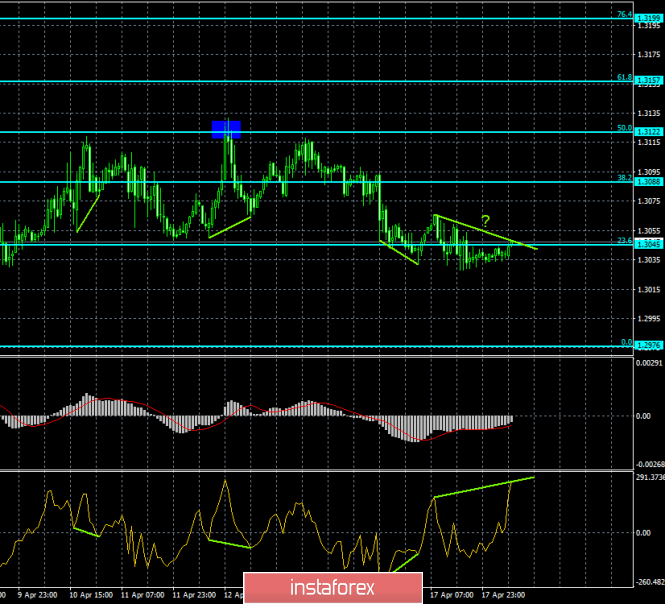 As seen on the hourly chart, the GBP/USD pair closed below the Fibo level of 23.6% (1.3045) and returned to it, however, on April 18, the bearish divergence of the CCI indicator is brewing, which allows us to expect a reversal in favor of the American currency and the resumption of the fall in retracement of 0.0% (1.2976). On the other hand, the closure of the pair above the level of 23.6% allows us to expect some growth. As a result, confirmation of the beginning of the fall can be considered closing of quotations below the Fibo level of 23.6%.

Buy deals on GBP/USD pair can be opened with the target at 1.3088 and the stop loss order under retracement level of 23.6% if the current emerging bearish divergence is canceled (hourly chart).

The material has been provided by InstaForex Company - www.instaforex.com
Analysis of GBP/USD divergences for April 18th. New bearish divergence is pushing pound down