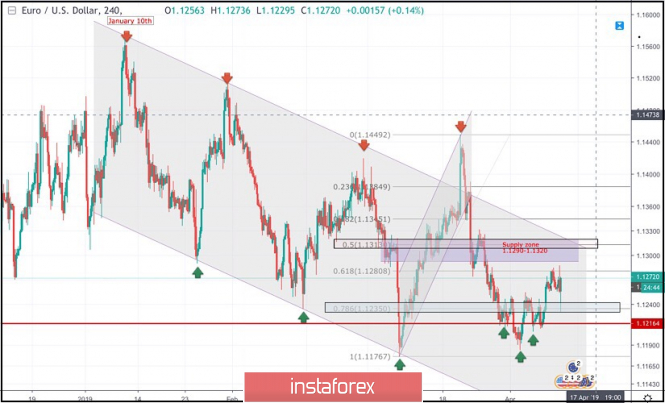 This will probably enhance further bullish advancement towards 1.1300-1.1315 where a low-risk SELL entry can be offered.

For Intraday traders, the price zone around 1.1235 now stands as a significant demand-zone to be watched for BUY entries if any bearish pullback occurs.

Conservative traders were suggested to have a valid BUY entry around 1.1235. This positions is already running in profits.