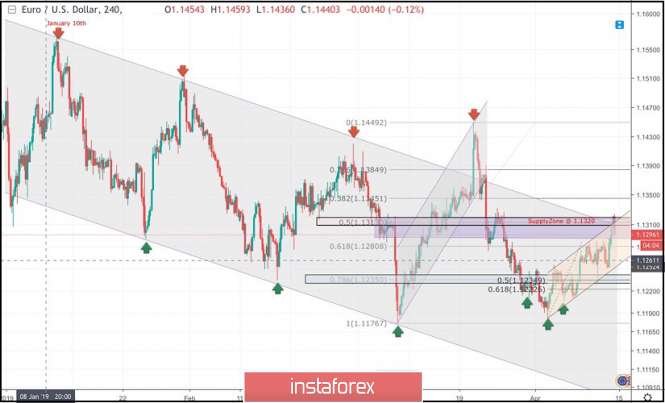 As expected, this enhanced further bullish advancement towards 1.1300-1.1315 (supply zone) where recent bearish rejection is being demonstrated now.

For Intraday traders, the price zone around 1.1280 stands as a prominent demand area to be watched for another valid BUY entry if enough bullish rejection is expressed.

Conservative traders were suggested to have a valid BUY entry around 1.1235. It's running in profits now.

The material has been provided by InstaForex Company - www.instaforex.com
2019 : EUR/USD demonstrating recent bearish rejection around 1.1320 April 12 shall it hold ?