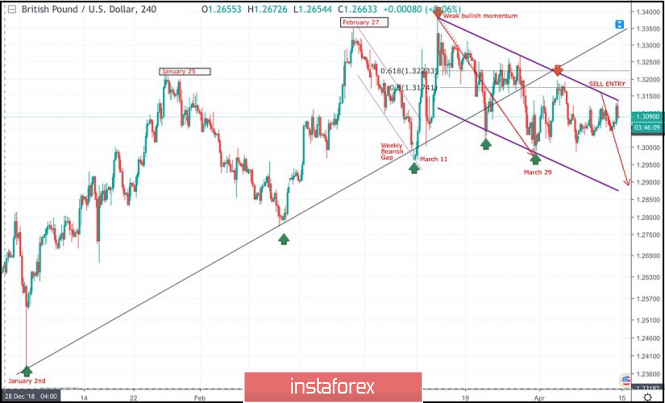 Currently, the price zone of 1.3140-1.3170 currently corresponds to the upper limit of the depicted bearish channel where another bearish movement may be initiated.

Bearish rejection is still anticipated around the current price levels (1.3140-1.3170).

Further bearish decline is expected towards 1.2920-1.2900 where the lower limit of the depicted channel is located.

The material has been provided by InstaForex Company - www.instaforex.com
2019 : shall the GBP/USD respect the current confluence of supply levels around 1.3150-1.3170. April 12