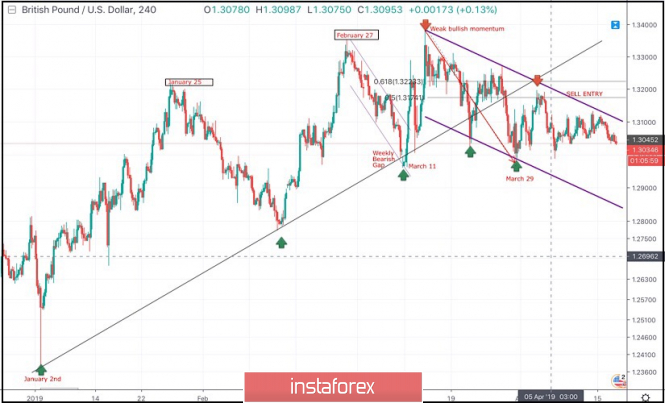 Currently, the price zone of 1.3140-1.3170 corresponds to the upper limit of the depicted bearish channel where another bearish movement may be initiated.

Bearish rejection is still anticipated around the mentioned price levels (1.3140-1.3170).

Short-term outlook has turned into bearish towards 1.2920-1.2900 where the lower limit of the depicted channel is located.