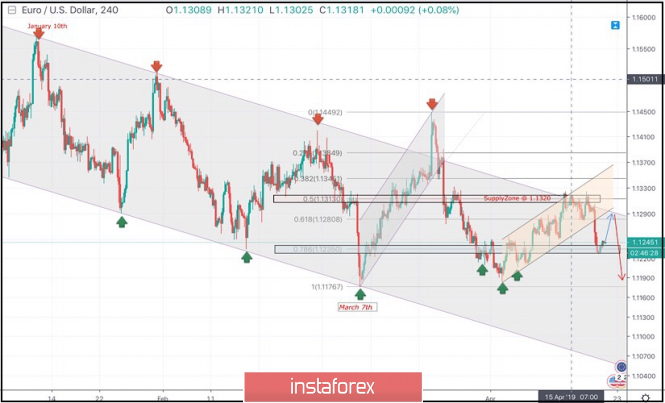 Two weeks ago, a bullish Head and Shoulders reversal pattern was demonstrated around 1.1200. This enhanced further bullish advancement towards 1.1300-1.1315 (supply zone) where recent bearish rejection was being demonstrated.

For Intraday traders, the current price zone around 1.1235 (78.6% Fibonacci) stands as a prominent demand area to be watched for a possible short-term BUY entry.

However, conservative traders should be waiting for a bullish pullback towards 1.1280-1.1290 (backside of the broken bullish channel) for a valid SELL entry.