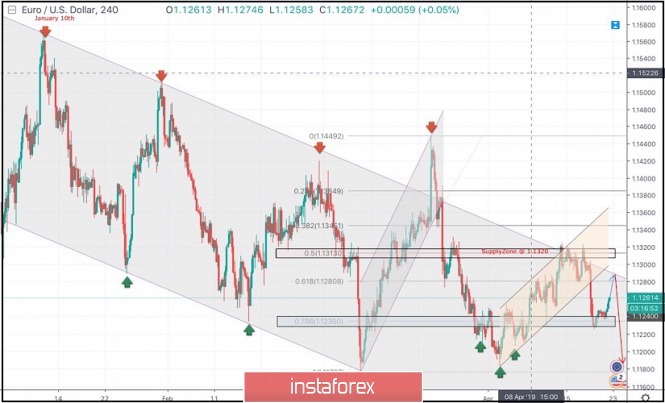 For Intraday traders, the price zone around 1.1235 (78.6% Fibonacci) stood as a prominent demand area where a valid short-term BUY entry was suggested on Friday.

On the other hand, conservative traders should be waiting for a bullish pullback towards 1.1280-1.1290 (backside of the broken bullish channel) for a valid SELL entry.