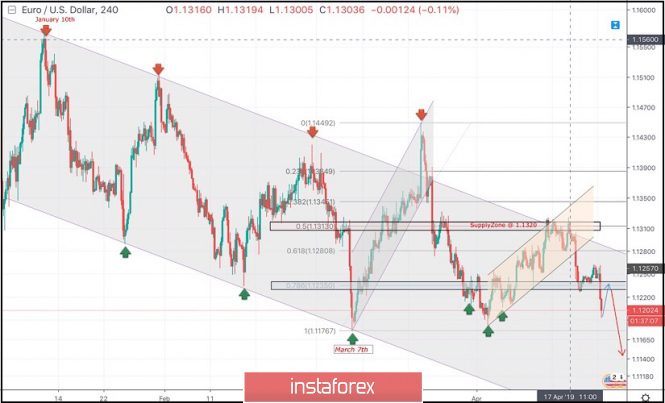 For Intraday traders, the price zone around 1.1235 (78.6% Fibonacci) stood as a temporary demand area which paused the ongoing bearish momentum for a while before bearish breakdown could be executed today.

Conservative traders should be waiting for a bullish pullback towards the newly-established supply zone around 1.1235 for a valid SELL entry.

A valid SELL entry can be taken around 1.1235 when a bullish pullback occurs.