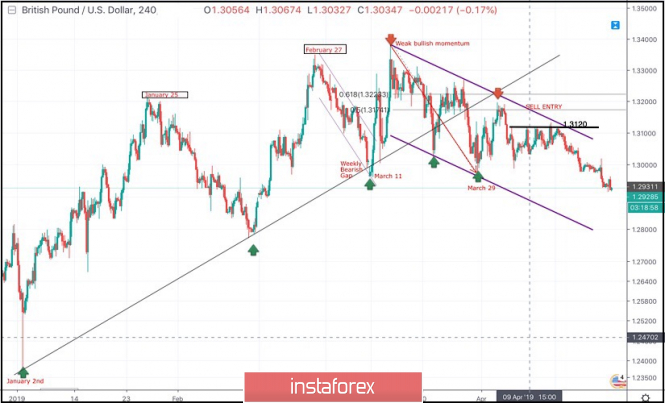 Since then, Short-term outlook has turned into bearish towards 1.2900, 1.2850 then 1.2800 where the lower limit of the depicted channel comes to meet the GBPUSD pair.

Any bullish pullback towards 1.3120-1.3140 should be considered for another SELL entry.