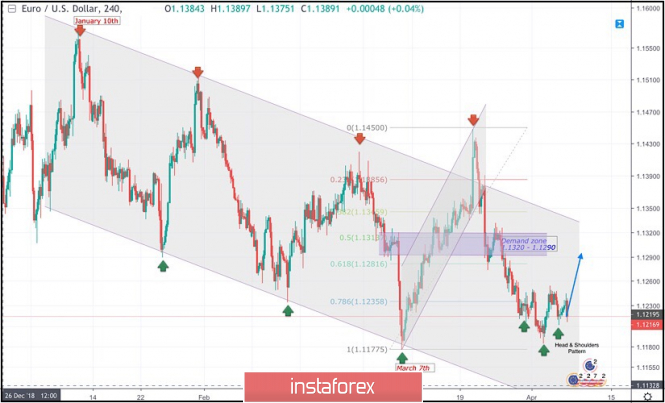 On the other hand, On March 22, significant bearish pressure was demonstrated around 1.1380 leading to the current bearish decline towards 1.1220 then 1.1220.

Theoretically, the short term outlook for EURUSD pair remains bearish towards 1.1170 and 1.1120 as long as Bearish persistence below 1.1235 (Fibonacci 78.6%) is maintained on H4 chart.

On the other hand, a bullish breakout above 1.1235 (78.6% Fibonacci level) would confirm the depicted bullish Head & Shoulders pattern allowing another bullish pullback to occur towards 1.1280-1.1320 where a better SELL entry can be offered.

Conservative traders should wait for a bullish breakout above 1.1235 for a valid BUY entry.