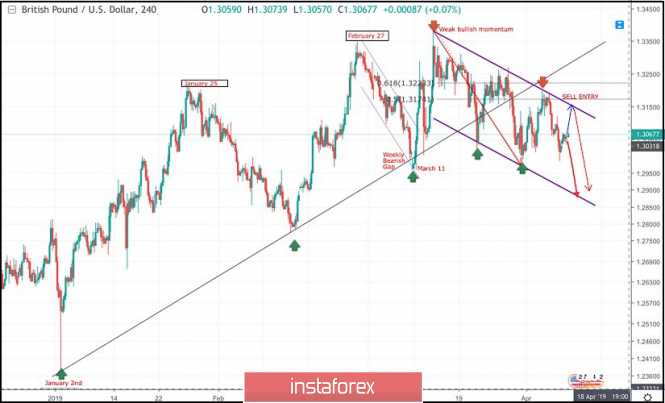 Further bearish decline is expected towards 1.2950-1.2920 where the lower limit of the depicted channel is located.