AUD/USD. Australian inflation could knock out the aussie

The Australian dollar paired with the US currency is gradually declining against the background of an absolutely empty economic calendar. By and large, Australia's trading floors this week will be open for only three days: today the country celebrates Easter Monday, and it will celebrate ANZAC Day on Thursday - the national holiday of Australia and New Zealand. Such "holidays" are characterized by low liquidity and at the same time an increased risk of unusual price fluctuations. In addition, key data on the growth of Australian inflation will be published on Wednesday, which are now of particular importance in light of the upcoming meeting of the Reserve Bank of Australia. In other words, despite the short trading week, increased volatility is expected for the AUD/USD pair.

By and large, the aussie is clamped in a fairly wide price range. For several months, the pair, like a ping-pong ball, has been pushed off from the lower limit of the price band (0.70 area) and goes to its "ceiling" - the mark of 0.7250. Both buyers and sellers of AUD/USD have tried several times to go above/below the indicated boundaries, but the contradictory fundamental background returns the price to the usual framework each time. However, the confrontation between bears and bulls of the pair continues, and in this context, the release of data on the growth of Australian inflation can play an important role. 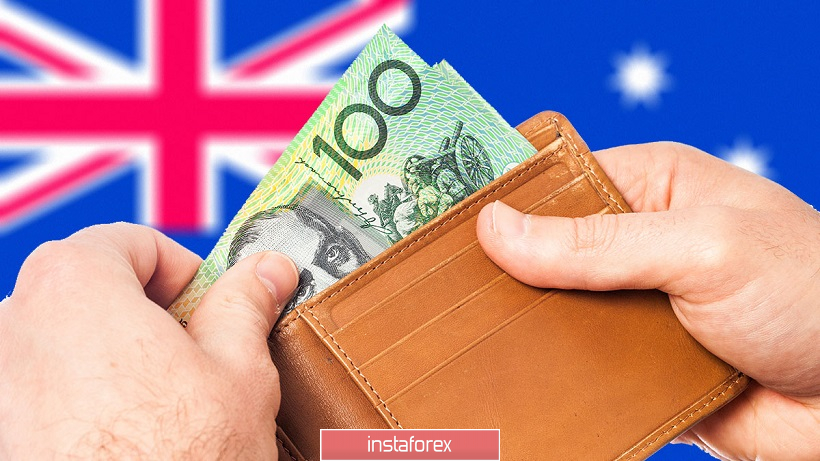 The consumer price index in Australia has been declining for the second quarter in a row. If in the second quarter of 2018, this figure was 2.1%, then in the 4th quarter of last year the indicator came out at 1.8% (in annual terms). In the first quarter of this year, inflation should also show a negative trend, falling to the level of 1.5% yoy. On a quarterly basis, the situation does not differ for the better – after an increase to 0.5%, a decline to 0.2% is expected. If the release comes out at the forecast level (and even more so - below expectations), the aussie will weaken throughout the market, including in tandem with the dollar.

Here it is necessary to recall, against the background of some fundamental factors, the Australian dollar rose in price last week. In total, there are three factors – the growth of the commodity market, a positive from China and the weakening of the greenback. To date, their influence has weakened for several reasons. In particular, iron ore began to gradually become cheaper after the price reached record highs – $94 per ton. This rise is explained simply: at the beginning of the year in Brazil there was a breakthrough of the dam of the Corrego de Feijao mine, which is owned by Vale. Waste from the mining and processing complex flooded the nearby municipality, killing more than 200 people. The Brazilian court froze the company's assets that are worth more than four billion dollars, thus covering the potential costs of compensation, salaries and other unforeseen expenses.

After that, the cost of iron ore increased sharply, as one of the "three whales" of the market de facto dropped out of the game. Last week, however, Vale's representatives said they were planning to resume work at the Brucutu mine, which is one of the largest mines in Brazil. After that, the cost of a ton of iron ore dropped from $94 to the current $87, putting pressure on the aussie, as the Australian economy is focused on exporting raw materials (iron ore, copper, coal).

In addition, the Australian dollar was under pressure from the soft rhetoric of the representatives of the RBA. Last week, the minutes of the previous meeting were published, and the AUD/USD bulls did not like the tone. Most of the members of the regulator were in favor of maintaining a wait-and-see position, however, some of them admitted the likelihood of monetary policy easing. Let me remind you that the "neighbors" of the RBA - members of the Reserve Bank of New Zealand - at the last meeting actually warned about lowering the interest rate. Now, similar steps are expected from the Australian central bank. In this context, inflation will play a crucial role: if the consumer price index continues to swoop down (which is very likely), the pressure on the aussie will increase significantly.

From a technical point of view, the situation is uncertain. As a result of many months of confrontation, the price should choose its own vector of further movement - either the sellers will consolidate in the area of 0.69 and below, or the buyers will return the pair to the range of 0.73-0.7580. But at the moment, the pair is trading at the middle line of the Bollinger Bands indicator (on the daily chart), falling from a local high level of 0.7210. If the pair breaks through this support level, then the next price outpost will be 0.7070 - this is the lower line of the above indicator.

The material has been provided by InstaForex Company - www.instaforex.com
AUD/USD. Australian inflation could knock out the aussie