The controversial rhetoric of the Reserve Bank of Australia disappointed AUD/USD traders, but the pair bears failed to break through the key support level of 0.7000. On the eve of the April meeting of the RBA, the market was overwhelmed by "dovish" expectations, so the relative restraint (and even a certain optimism) of the regulator did not allow sellers to launch a large-scale southern offensive.

The Australian Central Bank did not repeat the rhetoric of its "neighbors" from the RBNZ, whose members actually announced a reduction in the interest rate this year. Philip Lowe kept his waiting position, trying to dispel the fears of many traders. Moreover, the head of the RBA even voiced optimistic estimates regarding the dynamics of the labor market. According to him, the Central Bank expects a further decline in unemployment and rising wages, and as a result – inflation. While Lowe acknowledged that growth would be more gradual, he remained optimistic.

In addition, the head of the Australian regulator did not dramatize the situation with respect to the latest releases. Let me remind you that Australia's GDP in the last quarter of last year grew by only 2.3% in annual terms after the previous growth of 2.7% in the third quarter. RBA economists had expected this figure at 3.4%, so in January they revised their forecast for the current year. Compared to the previous three months, the country's economy grew by 0.2% after an increase of 0.3% in the third quarter of 2018. The PMI industrial activity index in Australian industry also slowed down quite noticeably, falling to a one-and-a-half year low of 52 points. 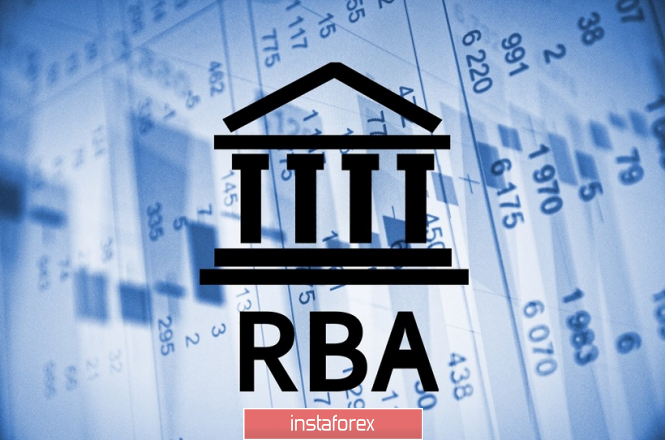 However, the Australian Central Bank, despite such trends, "kept cool." According to Lowe, the global financial environment is still favorable, as are the prospects for the global economy. Naturally, Low recognized that the dynamics of global economic growth slowed against the background of increased risks (here he lamented the deterioration of the investment climate), but in his opinion, the situation is far from critical.

It is likely that the head of the RBA was inspired by the latest news from the "front" of the US-China talks, which will continue this week in Washington. On the eve of this event, China took several friendly steps that indicate Beijing's intention to still find a common denominator with the States. First, the Chinese did not resume the action of retaliatory sanctions (although the "pause" expired in April), and secondly, at the legislative level, the synthetic substance fentanyl was completely banned — which the Americans had insisted on for so long. Such actions by the Celestial Empire again increased the likelihood of a trade transaction, and this fact affected the general mood of the markets. The Australian dollar reacts most acutely to such events, so yesterday the pair AUD/USD tested the 71st figure again, but the results of the April meeting of the RBA unfolded the price 180 degrees.

What is the reason for the southern trend "Aussie", against the background of a relatively quiet meeting of the Australian Central Bank in April? In my opinion, the market is still confident that the regulator will be forced to lower the interest rate in the second half of the year. Following yesterday's meeting, some experts even set an approximate date for such a move – September of this year.

After all, behind the screen of calm and balanced assessments lies the main conclusion: economic growth and inflation still do not justify the forecasts of the RBA. And given the slowdown in the Chinese economy, the key macro indicators of the European Union and even the United States, we cannot expect a sharp economic breakthrough in Australia. Of course, the Australian Reserve Bank was much more "courteous" with the market than the New Zealand regulator – but the essence of the main message does not change. The issue of easing the monetary policy of the RBA has not been removed from the agenda, and this fact will put background pressure on the Australian dollar.

On the other hand, the lack of clear intentions and the exponentially wait-and-see position of the Central Bank of Australia keeps the pair AUD/USD afloat, that is, above the key support level of 0.7000. As a result, "Aussie" was stuck in a flat, the range of which narrowed down to price limits of 0.7030-0.7150. It is possible to break through this blockade only with the help of external fundamental factors, primarily due to the results of the US-China talks. If Beijing and Washington finally reach the final agreement, the pair AUD/USD will be fixed above the upper limit of the above price range. Otherwise, "Aussie" will designate for itself new landmarks within 68-69 figures.

In terms of technology, the pair is also in the flat. This is indicated by the location of the price on the middle line of the Bollinger Bands indicator (D1 timeframe), as well as the presence of the pair in the Kumo cloud of the Ichimoku Kinko Hyo indicator. The support and resistance levels are the lower and upper lines of the Bollinger Bands indicator, which correspond to 0.7030 and 0.7150 marks.