BTC has been trading downwards. The price tested the level of $4.936. We are still expecting more downside in the next period 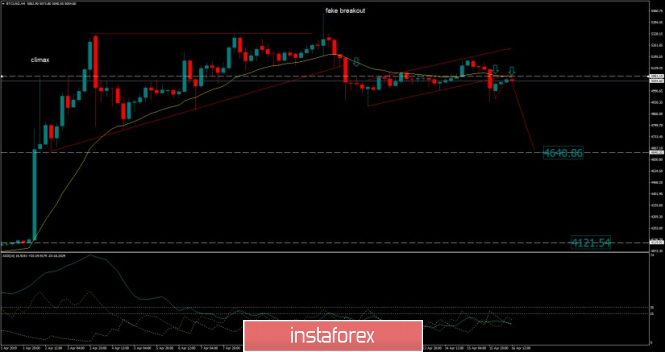 The material has been provided by InstaForex Company - www.instaforex.com
2019 Bitcoin analysis for April 16