Bitcoin. Bitcoin buyers did not hold the support level

Bitcoin exchange rate fell again in an acceptable range for it, as buyers failed to stay above the support of 5150. However, the chance for continued growth in cryptocurrency remains quite high. Yesterday, an interesting study by Global Custodian was published, in which after studying more than 150 funds operating in the United States, it became known that 94% of them are studying the possibility of investing in cryptocurrencies. Good news for Bitcoin buyers.

The task of Bitcoin buyers is to once again return and consolidate above the resistance of 5150, which may lead to the resumption of the upward trend with the update of the maximum around 5360 and 5680, where I recommend fixing the profits. In the scenario of a further decline in the Bitcoin rate, to open long positions, an interesting level will be the area of 4900, but it is best to look at larger purchases on the rebound from the minimum of 4630.

The bears waited yesterday for a signal to open short positions, which was a breakdown of support at 5150. While trading is conducted below this range, we can expect a decrease in cryptocurrency and a test of 4900 and 4630 minimum, where I recommend fixing the profits. In the scenario of the resumption of growth, you can look at the meek positions during the formation of a false breakdown in the area of 5150 or a rebound from a large resistance of 5360. 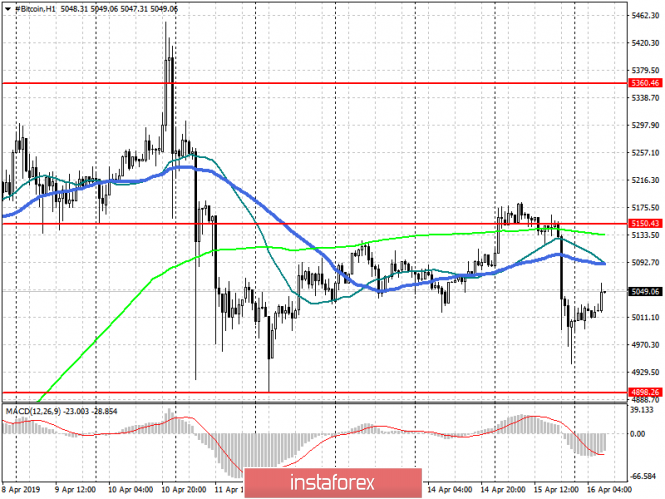 The material has been provided by InstaForex Company - www.instaforex.com
Bitcoin. Bitcoin buyers did not hold the support level