Bitcoin. Is it time to prepare for a new wave of growth?

The Bitcoin exchange rate has returned to the support level of 5150 and is ready to make a new jump up to the maximum area of 5360 in the near future. Many experts say that the current correction, which was observed after the first pump, has already been completed and in the next couple of weeks, a new, no less large, a wave of cryptocurrency growth will begin.

Bitcoin buyers coped with the task and confidently fixed above 5150. The longer the trade will be carried out above this level, the more likely the resumption of the uptrend with the update of the highs in the area of 5 360 and 5 680, where I recommend fixing the profit. In the scenario of a repeated decline in the Bitcoin exchange rate, an interesting level for opening long positions will be the area of 4900, but it is best to look at larger purchases on the rebound from the minimum of 4630.

The bears failed to form a false breakdown at the resistance level of 5,150, and their main task will be to return to this range. This will increase the pressure on Bitcoin and lead to a minimum test of 4900 and 4630, where I recommend fixing the profit. In the scenario of continued growth, you can look at the meek positions during the formation of a false breakdown in the area of 5360 or a rebound from a large resistance of 5 690. 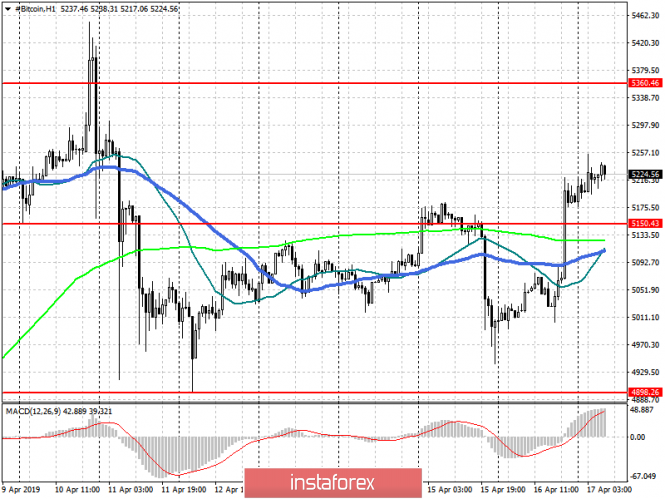 The material has been provided by InstaForex Company - www.instaforex.com
Bitcoin. Is it time to prepare for a new wave of growth?