China's ZEW, PMI and GDP: The EUR/USD pair in anticipation of major releases

Friday's sharp rise in the EUR/USD pair did not turn into a downward gap on Monday, and this fact increases the likelihood of a further upward trend. Bulls of the pair managed to stay above the resistance level of 1.1280 (the Bollinger Bands middle line on the daily chart) and now their next target is the 1.1320 mark (the lower boundary of the Kumo cloud, which coincides with the Kijun-sen line), having consolidated above which, buyers can expect to conquer in order the 14th figure.

However, such heights still look unattainable, given the weak dynamics of morning trading. Here it is worth recalling that this week, in fact, there are only four trading days, because on Friday, the trading floors of the USA, Canada, Australia, New Zealand and Europe (mostly) will be closed - the Catholic world celebrates "Good Friday". Therefore, in the near future, we may witness impulsive price movements. 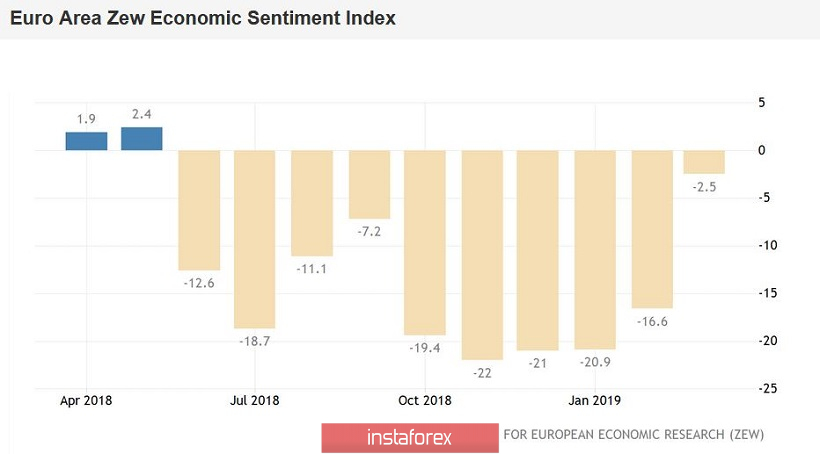 Compared with the previous two weeks, the current EUR/USD economic calendar looks quite obscure. Monday is de facto empty: the only interesting thing is that the representative of the US Federal Reserve Charles Evans will speak during the American session. As a rule, he takes a cautious, but not too "dovish" position. His comments can affect the dynamics of the pair only if his rhetoric will surprise the market with something, although the likelihood of this is rather small. In addition, today, traders might be particularly interested in the indicator of industrial production in the United States. This is the manufacturing index, which is calculated by the Federal Reserve Bank of New York. In March, it fell slightly, reaching 3.6 points. This month, experts predict a small increase in the indicator - up to 8 points. But we have to admit that this indicator can affect the dynamics of the pair only with significant fluctuations.

On Tuesday, traders of the pair will track the ZEW Institute's data on Sentiment Index in the business environment in Germany and throughout the eurozone. The German indicator in March showed the strongest increase over the last year. And although the indicator remained in the negative area, traders drew attention to the dynamics of its growth. In addition, the increase in the index in the eurozone as a whole also exceeded expectations, updating its 10-month high. According to preliminary forecasts, positive dynamics will follow in April, both in Germany and in Europe as a whole. If this forecast is confirmed, the euro will get quite strong support, especially against the background of a half-empty economic calendar.

On Wednesday, all the attention of EUR/USD traders will be focused on the release of data on China's GDP growth. We will find out preliminary figures for the first quarter of this year. According to general estimates, the Chinese economy will again show signs of a slowdown: real GDP should reach 6.3% (6.4% in the fourth quarter), and GDP growth from the beginning of the year to the reporting quarter should be 6.3% (6.6%) - in the 4th quarter). In general, the financial world is ready for similar results, given the weak dynamics of indirect indicators. 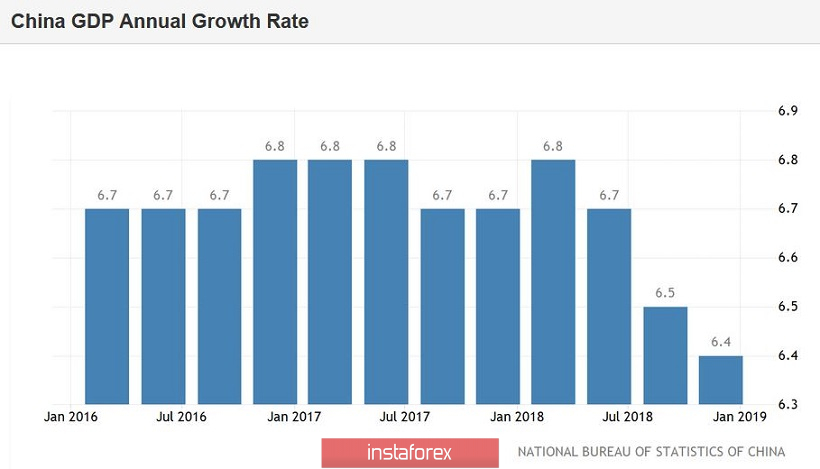 But if the real figures turn out to be lower than those stated, anti-risk sentiments may prevail in the foreign exchange market. The dollar will gain momentum in all pairs, and EUR/USD pair will not be an exception here. Along with GDP data, the Chinese authorities will publish data on the growth of industrial production. This indicator should please investors: according to preliminary forecasts, the indicator will grow from 5.3% to 5.6%. By the way, if China surprises with the growth of its economy, the appetite for risk, on the contrary, will intensify, exerting strong pressure on the US currency.

Thursday is interesting for traders with PMI indicators in the manufacturing sector of European countries. These indicators quite disappointed investors in March: both in Germany and in France and in the eurozone as a whole, a decline was recorded below the key 50th mark. In April, a low is expected, but still growth, which should neutralize the concerns of traders. The brighter the positive dynamics will be, the stronger the growth of the EUR/USD. During the US session on Thursday, US retail sales data will be published. In February, this figure was in the negative area (including excluding car sales) - the index fell to -0.2% and -0.4%, respectively. This week we will learn the March figures, which, according to preliminary forecasts, will be better than the February ones. Taking into account auto sales, the index should increase to 0.9%, excluding - to 0.7%. 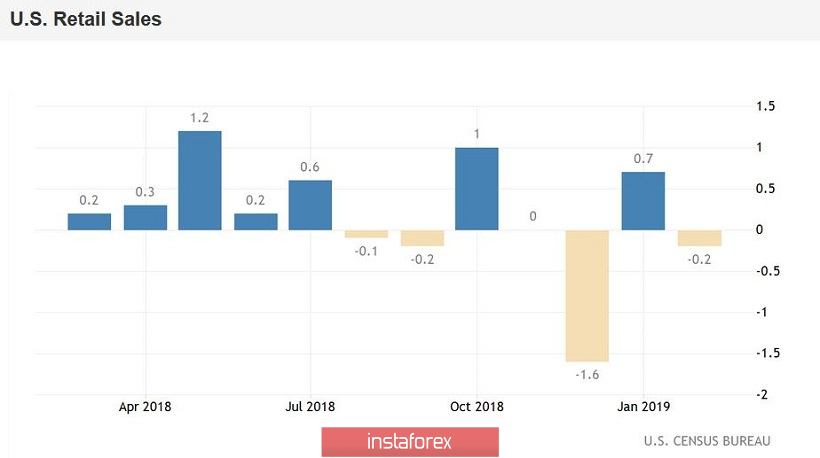 On the eve of a long weekend, these figures should raise interest in the dollar, although the "health" of the US currency will largely depend on the market's attitude to risk in general. In this context, the US-China trade negotiations play an important role. If the official representatives of Beijing or Washington again hint at the imminent signing of the deal, then the dollar will not be able to develop a full-scale offensive - even if the macroeconomic reports in the US contribute to this.

The material has been provided by InstaForex Company - www.instaforex.com
China's ZEW PMI and GDP: The EUR/USD pair in anticipation of major releases