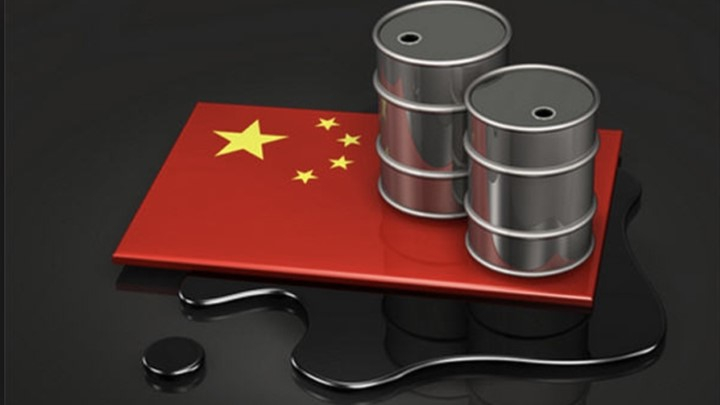 According to experts, the efforts of the Chinese authorities to further develop the vast shale deposits in the country could lead to a significant drop in oil prices on the world market.

Royal Dutch Shell has found its niche in the Chinese shale oil sector by signing an agreement with the state-owned company Sinopec to explore fields in East China. At the moment, China is at the initial stage of developing its large-scale shale gas deposits. Last year, gas production amounted to only 6% of the total gas production. The production of shale oil in China is almost at a zero stage due to the complex geology and huge development costs, experts emphasize. According to Angus Roger, director of research at Wood Mackenzie in the Asia-Pacific region, after many years of development, shale oil accounts for less than 1% of the PRC oil production. According to the representative of the Ministry of Natural Resources of China (MNR), Chinese shale oil has too low permeability, because of which the production volumes are low. As a result, economic efficiency decreases, experts emphasize.

Recall that at the end of February 2019 it became known that huge reserves of shale oil were discovered in China in the municipality of Tianjin. According to experts, thanks to these reserves, this can enhance the energy security and economic development of the country. According to estimates by the EIA energy agency under the US Department of Energy, China ranks third in the world in terms of recoverable shale oil reserves, behind Russia and America.

According to analysts, the lion's share of China's shale oil is located in the eastern regions of the country, such as the Sunliao and Bohai Rome basins. Experts say that the North China basins of Ordos and Junggar also have large reserves of black gold. In 2013, the American energy company Hess Corp. entered into an agreement on the sharing of raw materials with PetroChina, a division of the Chinese national oil and gas corporation CNPC. This was the first deal the Chinese authorities aimed at developing shale oil deposits.

The strategy of the Chinese government, led by leader, Xi Jinping, is to maximize the national oil and gas production. However, this task is rather complicated due to the aging of deposits, and the expansion of production volumes on them becomes expensive. According to experts of the major bank Morgan Stanley, at the moment, the discovery of shale deposits in western China can lead to unpredictable consequences, such as provoking a shale revolution in the country. Experts draw attention to the impressive commercial potential of the newly discovered Dzhimsar field, which in March of this year produced a record amount of oil - 100 tons.

According to analysts, the shale boom in China could have an impact on the American shale revolution. However, this impact will not be too significant. Morgan Stanley expects that by 2025 shale oil production in China will reach 100-200 thousand barrels per day. According to experts, this is a very small amount compared to the millions of barrels extracted in the US daily. In the long term, China can significantly reduce its dependence on imports of hydrocarbons, analysts emphasize. However, if such a scenario is implemented, this will negatively affect the export volumes from foreign suppliers.