In today's Asian session, there is a breakdown of the important resistance zone of the NKZ 1/2 0.7128-0.7121. If the closing of trades occurs above the specified zone, the upward movement will be an impulse and purchases will come to the fore. This model will be formed within the medium-term zone of accumulation, so it will be necessary to fix purchases at the border of the range. 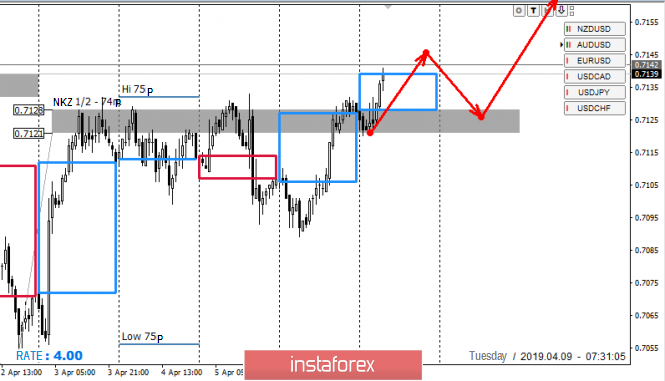 The previous four attempts to gain a foothold above the NKZ 1/2 were unsuccessful. This indicates a possible strength of growth in the event of a current breakdown of the structure.

To continue the downward movement, it will require the emergence of large proposals, which would entail a closure below the level of 0.7121. This will indicate the possibility to sell the instrument again. The sales target will be the April low. 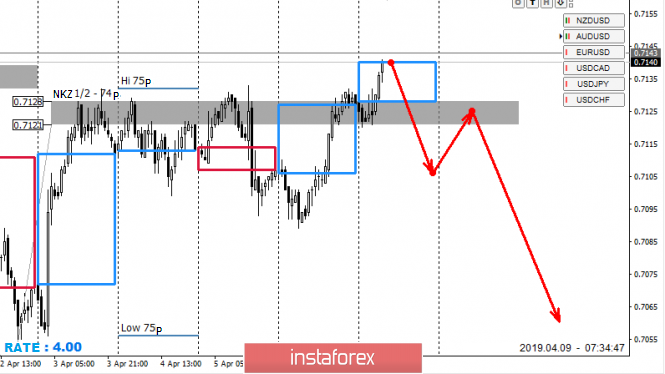 The material has been provided by InstaForex Company - www.instaforex.com
Control zones AUDUSD 04/09/19