The pair is trading within the accumulation zone for the third day. The lower limit is at the previous week's low. To increase the resistance, the NKZ 1/2 0.6845-0.6838 will act as resistance. While the pair is trading below this zone, the bearish momentum will continue. Sales are profitable from the upper flat range. Purchases from the lower level will be directed against the turn, so the probability of making money on this is close to 30%. 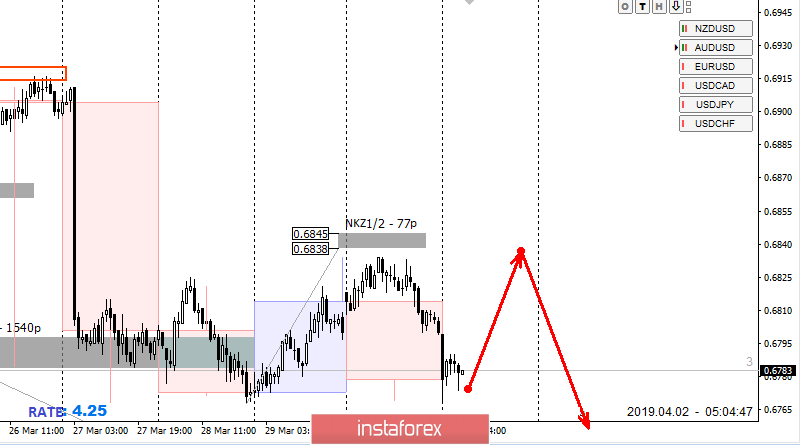 For those who are already holding a sale from the top of the flat, it is necessary to move the position to breakeven, since the resumption of growth can lead to an update of the weekly high and a more favorable price for selling.

To violate the downward movement, it will require the absorption of yesterday's decline and the closure of the US session above the level of 0.6845. This will eliminate sales and consider buying tomorrow. The probability of implementing this model is at 30%, which makes it a support. Work in a downward direction has a higher potential, however, selling from current grades is no longer profitable. 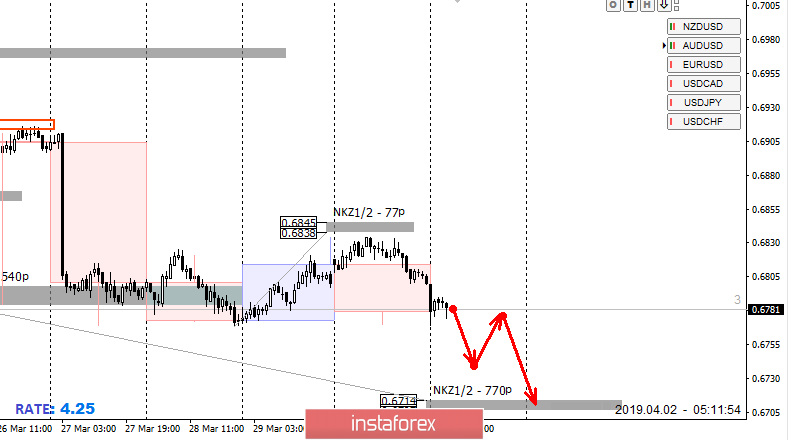 The material has been provided by InstaForex Company - www.instaforex.com
Control zones NZDUSD 04/02/19