A reversal pattern was formed at the beginning of this week, which determines the bearish direction as a priority. The decline's target is the weekly short-circuits of 1.3245-1.3226. The probability of reaching this zone is 70%. Selling requires a better price, so any growth must be used to enter a short position. 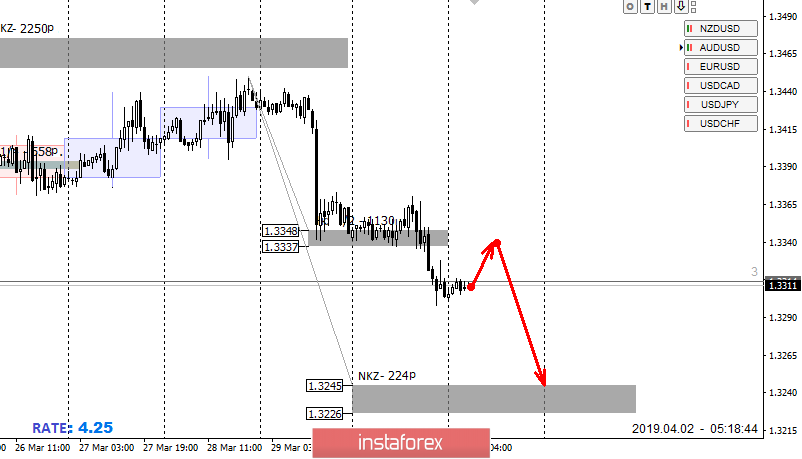 Returning to the range of yesterday's Asian session can provide favorable prices for selling that you would need to use to enter the position. Sales from current grades do not look profitable, since the size of the stop relative to the potential profit is not profitable.

An absorption of yesterday's fall will be required in order to stop the downward impulse and head into the flat. This will not disrupt the bearish movement, however, it will make it possible to form a local accumulation zone, where the upper range will become the defining resistance, the test of which will allow you to get the most favorable prices for selling. Work towards strengthening the Canadian dollar will bring profit in 70% of cases, so it is better to abandon purchases. 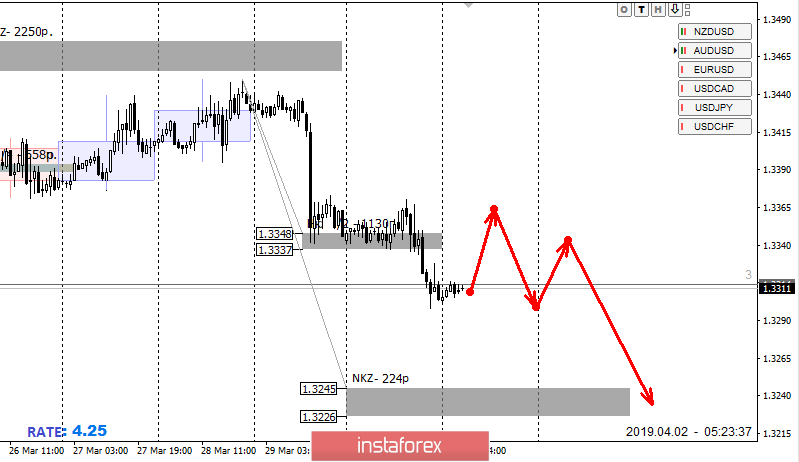 The material has been provided by InstaForex Company - www.instaforex.com
Control zones USDCAD 04/02/19