The upward movement of the current month is a strong bullish momentum, however, at the end of last week, the pair reached the monthly short. This increases the likelihood of a halt in growth and the emergence of a large supply. Do not forget that the closing of last week occurred outside the middle course, which increases the probability of a downward corrective movement up to 90%. To sell the instrument, the formation of a "false breakout" pattern is required when the maximum of the previous week is retested. 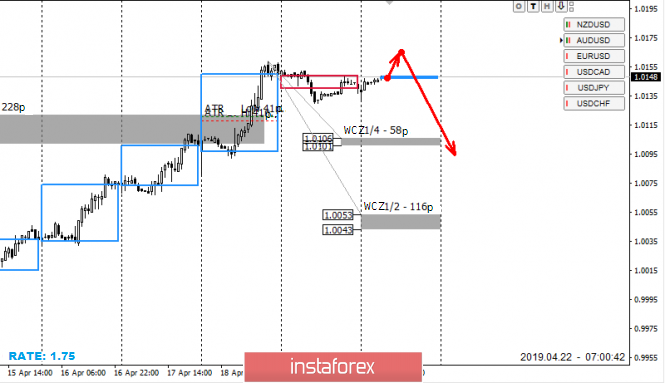 As the growth is medium-term momentum, sales will be corrective in nature and will require partial or complete fixation upon achievement of the first areas of support.

An alternative growth model has a low probability. Even if the bullish momentum continues, purchases from current levels will be unprofitable, as the probability of a large seller has increased significantly. The conditions for the sale of the instrument have not yet been formed, however, short positions have a significant advantage in terms of the probability of working out. The beginning of the week can be a starting point in the formation of a counter-trend movement. 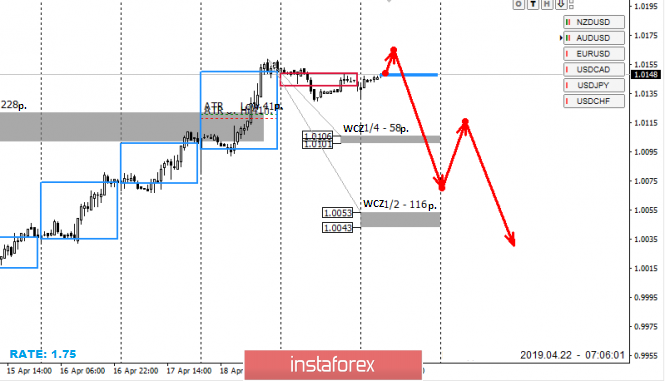 Monthly CZ - monthly control zone. The zone, which is a reflection of the average volatility over the past year.

The material has been provided by InstaForex Company - www.instaforex.com
Control zones USDCHF 04/22/19