Delaying Brexit: May's Brussels voyage will not be an easy walk

Yesterday, the British currency paired with the dollar not only played all the losses, but also consolidated in the 31st figure, gradually approaching the first resistance level of 1.3060, where the Bollinger Bands middle line of the daily chart coincides with the Kijun-sen line. Overcoming this resistance will make it possible for buyers to head for the next price stronghold of 1.3340 (the upper line of the Bollinger Bands), while the Ichimoku indicator will generate a bullish "Parade of lines" signal, in which all its lines are below the price. But it's too early to talk about it: the pound reacted only to the statement of the British side, whereas for a full recovery of the GBP/USD, an appropriate confirmation of Brussels is necessary. 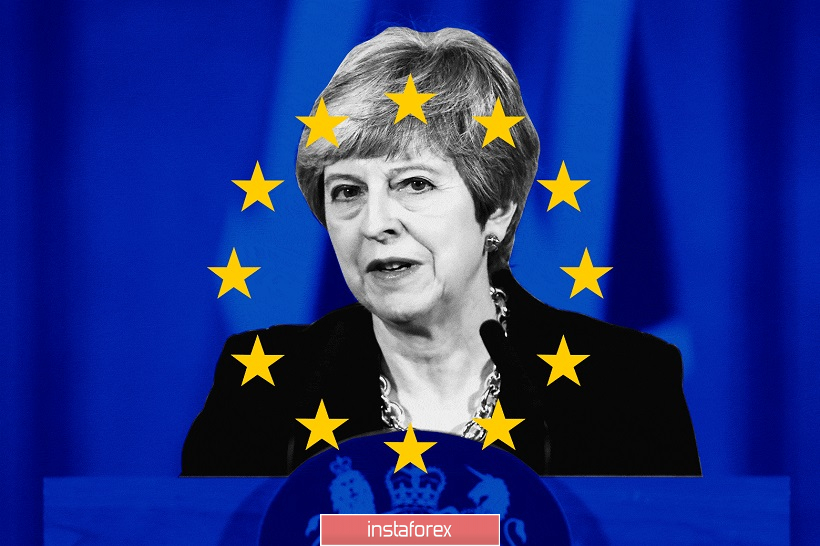 By and large, yesterday's events were fairly predictable. After three failed votes on the deal, as well as after Parliament's rejection to almost 10 Brexit alternatives, Theresa May had only two ways: either agree to withdraw from the EU without an agreement, or ask Europe for another delay. There was also a third option - try again to make a three-fold rejected deal to the House of Commons, but this scenario was initially unlikely, since the number of opponents of the prime minister's deputies amounts to dozens — too big a gap to expect an unexpected victory.

The option of a hard Brexit is also not among the priority ones: the time has passed when the prime minister used frightening tactics: either you support my draft of the deal, or you plunge the country into chaos. The political bluff did not have the desired effect - the members of the House of Commons along with this choice, did not vote for the proposed agreement. Therefore, May did not "play on the nerves", waiting until the last moment (conditionally until April 9), in order to submit the draft of her deal to Parliament again. Too much risk of a failure, and no one wants a real attack on hard Brexit - neither the Parliament, nor the prime minister, nor Brussels.

Through an exclusion method, one could come to the conclusion that Theresa May would choose the most obvious algorithm of further actions. London needs more time and the chaotic Brexit is not needed, so the prime minister will again ask the European Union to postpone the "X hour". In order to somehow diversify her argument, she suggested that Labor's leader, Jeremy Corbyn, sit down at the negotiating table and work out a joint approach to Brexit, who would arrange for both the Conservatives and the Laborites. In my opinion, this is obviously a losing idea, since the Laborites are quite successful in increasing their rating by criticizing their opponents, who have not been able to realize the will of their supporters for almost three years. Corbyn repeatedly urged May to dissolve Parliament and hold extraordinary elections in the country or to hold a second referendum on Brexit. It is hard to imagine that after a flurry of mutual criticism, the parties will work out a single document that will unite the interests of the Labor Party, the Conservatives and the Europeans.

However, yesterday, Jeremy Corbyn agreed to hold talks with Teresa May in order "to avoid a hard Brexit, which may come next week." Although the overall outcome of these talks is a bit predictable, today is more important: the British prime minister has received a coherent reason for a further delay of Brexit. 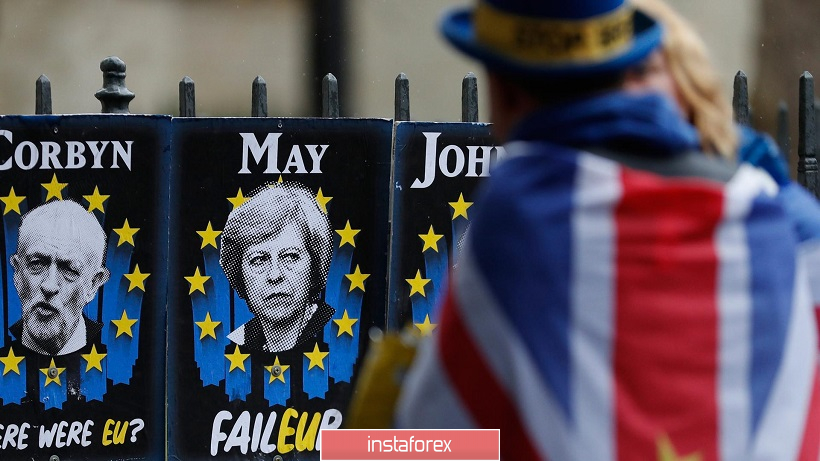 However, the decision of the British side is only one part of the Marlezon ballet. Here it is worth recalling the difficulty with which May "snatched" the last reprieve, given the categorical position of the French. Therefore, the prime minister's Brussels voyage will not be an easy walk, and the reaction of Europe may disappoint GBP/USD bulls. Elections to the European Parliament will take place in May, so Brussels can put a condition: either you agree on the deal, conditionally until April 19, or you take part in the elections and retain membership in the EU for at least a year. In other words, the European side can give London a very short time for internal negotiations of the British. There is also a tougher scenario: Brussels will initially force Britain to postpone Brexit until 2020, in order to hold pan-European elections and leisurely think about the next steps.

Thus, the optimism of GBP/USD traders looks too premature: the risk of a "hard" Brexit is still there and will continue until Europe says "yes" to London, postponing the date of the country's exit from the EU. In this case, the pair can really grow to the next resistance level of 1.3340 (the upper line of the Bollinger Bands indicator on the daily timeframe). If Brussels shows its obstinate nature, the pound will roll back down to the nearest support level of 1.2990 (the lower limit of the Bollinger Bands).

The material has been provided by InstaForex Company - www.instaforex.com
Delaying Brexit: May's Brussels voyage will not be an easy walk